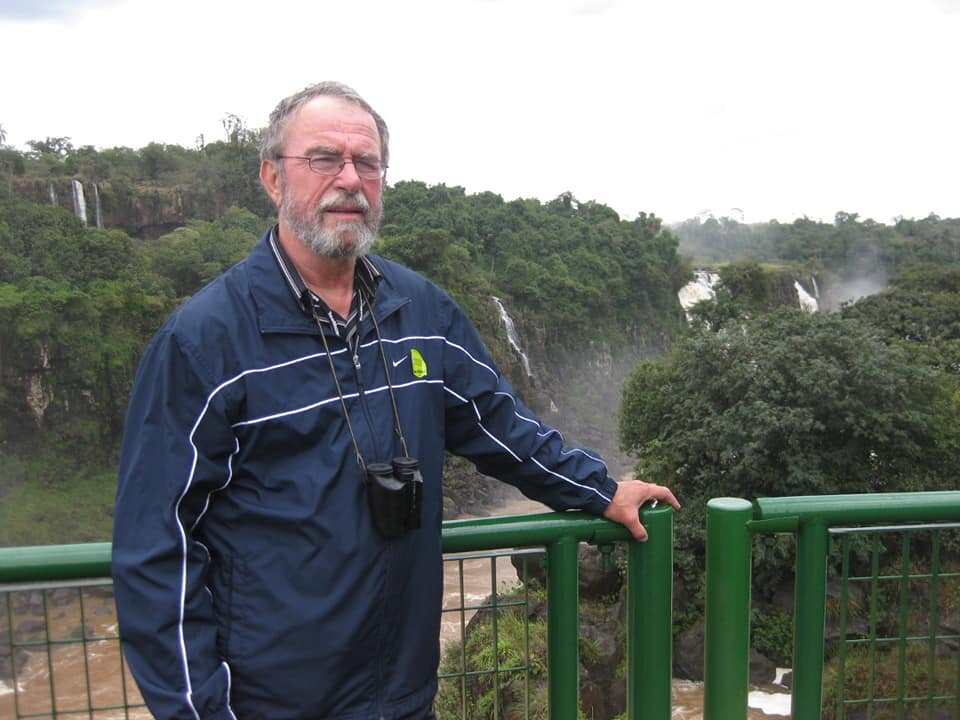 Joel Dwight Janzen passed away peacefully in his home on Thursday, October 7 with his wife Lucille by his side. Joel was born to Frank and Marian (Regier) Janzen in Hillsboro, Kansas on April 22, 1938. He lived in Hillsboro until he went to college. He received his degree in Mathematics at Emporia State University in Emporia, Kansas. He received his Masters degree in Guidance Counseling at the University of Kansas in Lawrence, Kansas. On August 25, 1959, he married Lucille Klaassen, also of Hillsboro, Kansas. They were married for 62 happy and adventurous years. In 1961, Joel and Lucille moved to Lawrence Kansas, where he taught math at West Junior High. In 1966, Joel answered the call to teach in Africa. Joel, Luci and children Julie and Greg left Lawrence and Joel spent the next 4 years teaching and counseling in the Congo at The American School of Kinshasa. Daughter Jane was born in Kinshasa before they returned to the United States, this time to settle in Tacoma, Washington. Their fourth child, Emily, was born in Tacoma. Joel was hired as a counselor at Hunt Junior High in Tacoma in 1970. Joel had caught the Travel Bug, for which there was no vaccine. In 1974, the family headed to Lagos, Nigeria with the opportunity to teach at the American International School in Lagos. After three years, Joel was hired as guidance counselor at the International School of Kenya. The family lived in Nairobi for four years. Joel took his family back to Tacoma in 1981, where he continued as a school counselor. Still afflicted with the Travel Bug, Joel and Luci went back to the international school in Lagos in 1993, where Joel was counselor and Luci taught 2nd grade until 1997. He retired in 2002 after serving as a high school counselor in Tacoma Public Schools. Joel and Luci have been living on Anderson Island since 2013. Joel enjoyed a variety of hobbies. We remember him most for his love of singing and listening to music. He was known for his beautiful tenor voice. He loved Africa and took his family on many safaris. He especially enjoyed bird watching. The Travel Bug was still very active after retirement, so Joel and Luci traveled to Europe, Asia, and South America. He is survived by the love of his life Lucille and four children: Julie Janzen Shires (Paul Shires) of Arroyo Grande CA; Greg Janzen (Doris Acosta) Fox Island, WA; Jane Ellen Kramer (David Kramer) Grass Valley, CA; Emily Janzen Reimer (Troy Reimer) Lawrence Kansas. He is also survived by his brother Don Janzen (Irene) of Newton, Kansas, and Ruby Derksen (Carl) of La Canada, CA. His brother John Janzen (Shirley) preceded him in death. He took great joy in his 10 grandchildren: William Shirefley (Tess Shirefley), Addison Kramer, Adam Shires, Benjamin Reimer, Elliott Kramer (Sam Kramer), Jonathan Reimer, Greta Kramer, Griffin Janzen, Lucy Reimer, and Matthew Reimer. Joel’s last words were, “I have a song in my heart.” A memorial service will be held on July 16, 2022. In lieu of flowers, the family requests that donations go to Parkinson's Resources https://www.parkinsonsresources.org/ OR Mennonite Central Committee US https://mcc.org