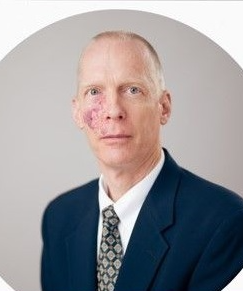 Ralph Ulrich Klose was born on December 18, 1959, in Lafayette, Indiana to parents Peter Klose and Lonhilt (Wedekind) Klose and passed away peacefully in the early hours of January 5, 2023, after a battle with cancer. He was 63 years old. Ralph was preceded in death by his father, Peter Klose.  Ralph is survived by his mother, Lonhilt, and his siblings, Reinhild Domangue, Gerald Klose, Ortwin Klose, and Astrid Reeves. He is also survived by uncles, cousins, nieces, nephews, great nieces, and great nephews in both the United States and Germany; all of whom love Ralph dearly and will miss him forever.

Ralph grew up in Troy, Michigan and graduated from Troy High School in 1976 at the age of 16.

Ralph then graduated with a bachelor’s degree in English and Philosophy from Oakland University in Rochester, Michigan in 1981.  Afterwards, he headed to Washington State University Law School and received his JD Law degree in 1984.

Ralph specialized in real estate transactions during his over 30 years of legal practice and received many accolades for his legal expertise, strong work ethic, persistence, and easy-going manner.

Ralph’s comprehensive case files and notes will continue to provide context, insight, and guidance to others as his work is carried forward.

Ralph always kept himself active.  Growing up he loved sailing and kayaking, even building his own kayak, and later joined a Dragon Boat crew.  He enjoyed pushing himself physically and would run in marathons as well as long distance bicycle races.

His love of bicycles was present throughout his life, starting with building his own mountain bike before they even existed.  After high school he traveled to Europe where he rode his bicycle through 6 different countries on his own before ending at his grandmother’s house in Germany.  He also took part in several bicycle races, most notably completing the Tacoma – Portland race in one day when it takes most riders two days.

Ralph always enjoyed riding motorcycles, from minibikes as a child to his latest sport bike, a Kawasaki 250R, which he took to the track to increase his riding skills or rode with his friends on the twisting mountain road.   True to his hands-on nature, he particularly enjoyed the challenge of re-assembling a 1955 BMW motorcycle which he found stored in boxes in someone's basement.

Ralph supported many charitable, cultural, and environmental organizations.  He is a longtime member of the Rotary Club as well as the Zestful Gardens organic farm.  He also participated in park cleanup events and guided groups in removing invasive plants in surrounding park areas.

Ralph’s organization skills also extended to the family.  Often, he was the driving force that planned and executed special gatherings and events such as his parent’s wedding anniversary in the same area where they honeymooned 50 years prior.

Music was a constant in Ralph’s life.  He started by playing recorder flute with his family and in school he took up the clarinet.  When he got bored with the clarinet, he taught himself how to play the concert flute and started playing in the flute section if they had a better part than the clarinets.  He even sang in a Madrigals group.  In later years, he gravitated more towards classical music, invested in stereo equipment to best reproduce sound, and began exploring classical, jazz and opera.  Sometimes he would bring CDs/DVDs to family gatherings to share if he found them particularly moving.

Ralph was a very generous giver of his time as well as his resources.  He would work tirelessly at his family’s property in Michigan, felling trees to provide firewood and other times clearing space around greenhouses at the farm in Washington.  While working together he would give his nieces and nephews advice and encouragement, always ready for a joke or a laugh.  Ralph was the one to make sure that people had what they needed such as different size motorcycles for the various kids or the latest delicacy to eat.

Ralph’s family plans to hold memorial services in Tacoma, WA, and northern MI in the summer. You are encouraged to register with name and email so the family can keep you informed. In lieu of flowers, please consider donating to one of Ralph’s favorite charities in his honor:

To plant a beautiful memorial tree in memory of Ralph Klose, please visit our Tree Store

Share Your Memory of
Ralph
Upload Your Memory View All Memories
Be the first to upload a memory!
Share A Memory
Plant a Tree