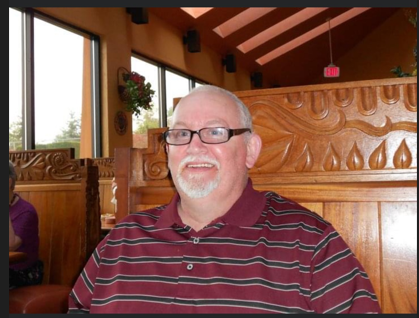 Carson Lee Cole was born in Tacoma, Washington on March 10th, 1953, to parents Jim Franklin Cole and Marian Lorraine Cole. He passed away peacefully surrounded by family and friends on August 30th, 2022, at the age of 69. Carson was a Christian who found his Lord and Savior Jesus Christ at the age of 17. He attended the Seattle Bible College in 1990 and dedicated his life to the Lord. He wrote and sang many songs about his faith and love for Jesus. Carson loved music and playing guitar. He was an avid guitar player, singer, and songwriter and loved entertaining people with his music. He played many live music shows at local VFWs in the Pierce County area, and the Elk’s clubs in the 90’s and early 2000’s with his then wife and best friend Annette Tabet. Carson graduated from the Evergreen State College in the year 2000 with a Liberal Arts degree and was pursuing a career as a drug and alcohol abuse counselor. Carson is survived by his sons James Cole (wife Shannon) and Jesse Cole (wife Stephanie), Grandchildren Kaitlyn Cole and Joshua Cole, Sister Leisl Miriello (husband Joseph), Nephews Aaron Miriello and Carlton Hague, Nieces Ruth Miriello and Alice Kasanovich, former wife and best friend Annette Tabet, dear friend and mother to Jesse, Alison Hamilton, and dear friend Vicki Grace. Carson is preceded in death by his parents Jim Cole and Marian Cole, Son Jason Cole, and Brother Clint Hague. Carson was loved by so many and will be greatly missed by all who knew him.