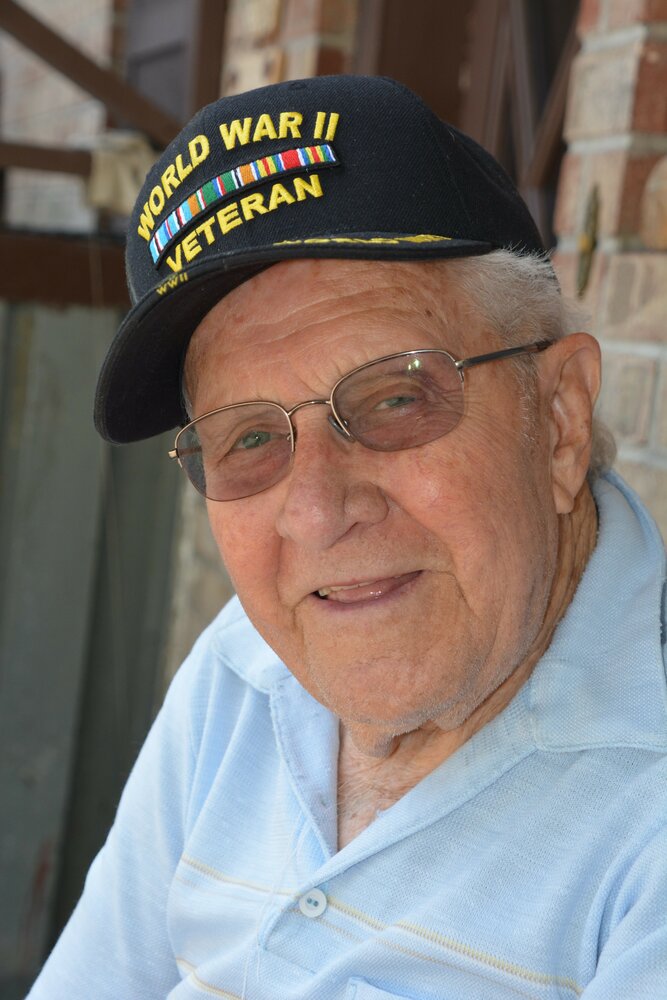 Vernal Thorman Arlene Kensrud, born on July 29, 1922, went peacefully to be with our Heavenly Father on May 27, 2022. Son of Anne & Thorman Kjensrud born in Portland, North Dakota. When he was 21 years old, he served in WWII in the Army Division, serving two years in Europe. After the war, he took residency in San Diego where he worked at the Naval Airbase as a civilian. Young Vernal met Doris Herrmann in the hospital when she had appendicitis, while he was visiting his sister-in-law, Ruth. After a short, long-distance relationship from San Diego to North Dakota, Vernal rushed back to North Dakota and asked Doris to marry him and they took off to Las Vegas where they got married on November 10th, 1949. On November 26, 1949, Vernal and Doris had a church wedding with their family and friends. They resided in California where they welcomed their first four children: Lois, Barb, Barry and Dorraine. In 1959 they moved their young family to North Dakota where they lived in Niagara, on the Herrmann Farm, where Mary, their youngest daughter, was born. Then 3 years later, in 1962, they moved their growing family to Washington State where he built our family home and where their two youngest boys, Dan and Tim were born. He made Trinity Lutheran Church our home church where he volunteered as a Sunday school teacher for many years and helped out with anything that needed to be done.

He worked at McCord Air Force Base as a civilian hydraulic mechanic and retired in 1980. Upon his retirement, he enjoyed working in his shop, maintaining the 10 acres, creating lamps, cutting crosses in the many rocks that he handed out to 100’s of friends and family.

Vernal and Doris enjoyed their retirement traveling to many countries in Europe; Germany, France, Switzerland, Norway, Australia, New Zealand, and Canada, Hawaii, and many trips to California and North Dakota to visit family and friends. They enjoyed camping trips, celebrating holidays with family and their many grandchildren and great grandchildren.

Vernal resided in his home in Roy for 53 years until moving to Bridgeport Place Assisted Living in University Place in 2018. There he met many new friends and had wonderful care from the caregivers.

Share Your Memory of
Vernal
Upload Your Memory View All Memories
Be the first to upload a memory!
Share A Memory