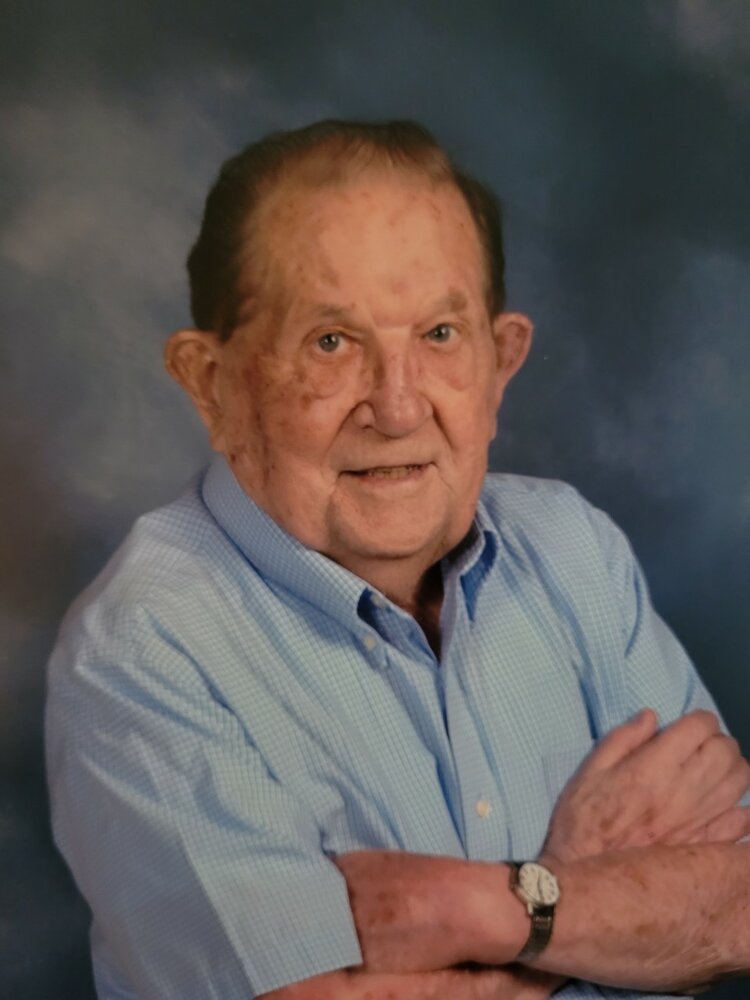 Ralph Joseph Martin, 92, died peacefully at his home of natural causes surrounded by his family on May 8, 2022. He was born Dec 15, 1929, in Pittsburgh PA, where he graduated high school/trade school, afterwards joining the Navy Reserves at 17 years of age in 1947 following in his father’s and siblings’ footsteps of military service.

Ralph met the love of his life, Mary G. Henke, at her High School graduation party in 1949 and they married in 1951. The Navy did not accept married men in those days which left him vulnerable to the draft for the Korean conflict. A recruiter told him he should sign up for the Air Force; he did, left for basic training in November 1951, leaving home, and beginning a 22-year career of Air Force service achieving the rank of SMSgt. He was a teacher, flight line mechanic and Master Crew Chief living around the country at seven air bases—having one new child at each new base--multiple TDY assignments around the world and serving in Viet Nam. While in the Air Force, he was in military and church choirs, joined the Knights of Columbus, becoming a 4th Degree Knight. The Catholic faith community was a strong part of his life before, during, and after his military service. In 1973 Ralph and Mary settled permanently in Washington State- ‘God’s Country’, near JBLM, with their family of seven children.

After the Air Force, Ralph, known to many as “Marty”, worked as a handy man, a real DIY guy: auto mechanic, electrical work, home improvements, including three additions to the family home and general handyman for friends and family until his second retirement with Mary in 1990. Many friends and coworkers have numerous stories of working with Ralph, what and how he taught them and how in turn they still mimic Ralph-isms. He received calls continually to fix plumbing, electrical, car problems, etc. and always responded with help. At home, he did basic things in the yard, but wasn’t a gardener. He was a builder. He fixed things and made them last another few years---"that’s perfectly good, no sense throwing it out!”

Camping trips, especially in the Red VW Bus, were a favorite family pastime every year---having reserved the same spots at Millersylvania State Park for more than 35 years—we have the T-shirts!! He was very proud of the VW bus, delighting in showing it off to the many passersby wherever he drove it, most especially when it was opened in full camping mode. Oh, the Card games played, especially in the rainy years and the campfires.

Madigan Army Medical Center provided nearly all the medical care dad needed since living in Washington. The healthcare he received, and providers and people he met, provided exemplary care, most especially in his last years. We want to extend a heartfelt thanks to each and every one of them.

Ralph is pre-deceased by his parents, brothers Harold and William ‘Billy’, sister Eileen Pesyna and his wife, Mary, of 67 years, three months and 19 days. They are in God’s loving care, together once again.

Burial will be at Tahoma National Cemetery in Kent WA at a future date.

In lieu of flowers please consider donations in Ralph’s name to either:

We love you, Dad. Rest in peace – till we meet again; and as he always said when we left with goodbyes:

To send flowers to the family or plant a tree in memory of Ralph Martin, please visit Tribute Store

Share Your Memory of
Ralph
Upload Your Memory View All Memories
Be the first to upload a memory!
Share A Memory
Send Flowers
Plant a Tree