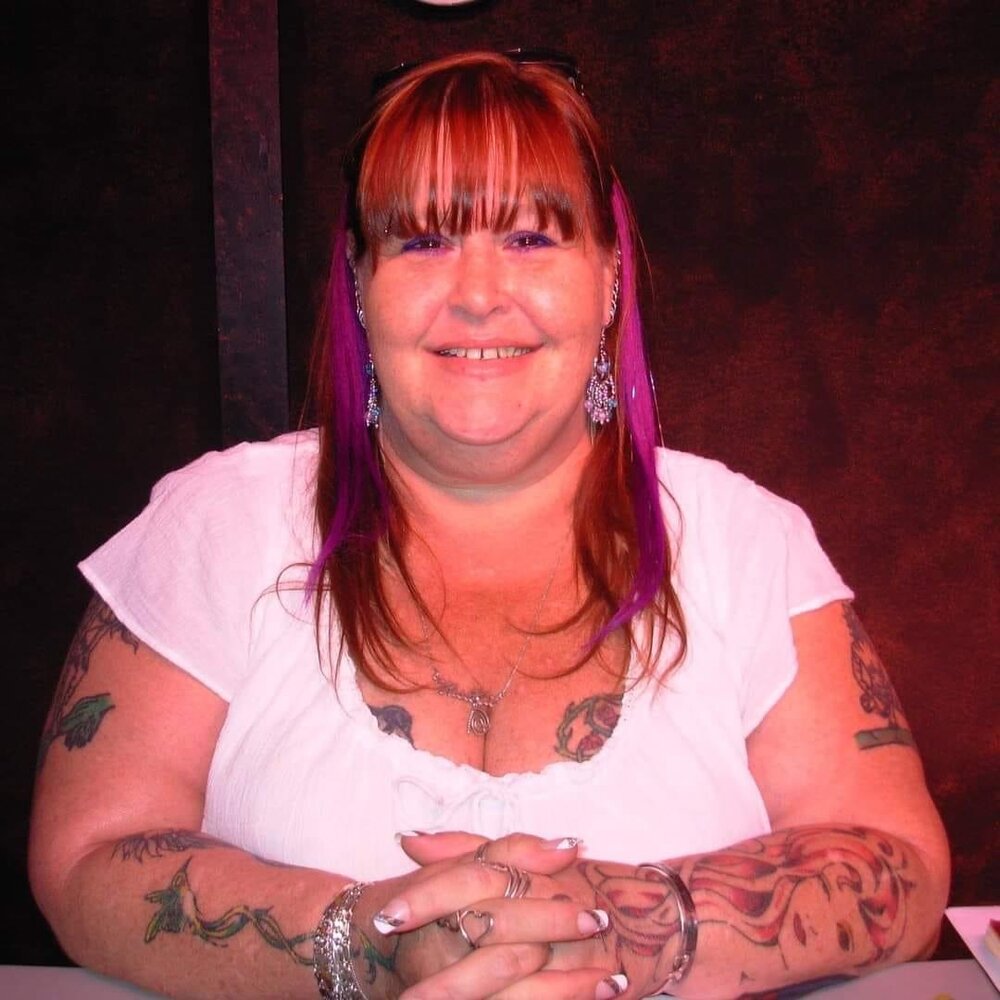 Katherine E. Skezas–Hooks passed away in late April after a stroke left her paralyzed.  She lived her last five years in a nursing home in western Washington State.  Her devoted son Zachary was beside her as she drew her final breath.  Her sisters Sandy and Tina spent her final hour visiting via zoom.

Kathi, who preferred to go by Kat, was the first born to Marian and George Skezas.  Kat was preceded in death by her mother.  She is survived by her father and his wife Zelda, sisters Sandy and Tina, brother Michael, sons: Zachary, Max, and Sam.  Plus bonus kids: Makenzee, Deeandra, Austin and many others she called her babies.

After Kat graduated high school, she worked as a civil servant where she built and repaired bomb racks.  At the time, Kat was the only woman working in that area.  In addition she worked on fighter jet ejection seats.  She enjoyed customer service and did bookkeeping and taxes for many years.  She ended her career with a cruise company helping others plan their vacations and especially loved taking advantage of the travel perks.

Ultimately Kat found the Leather Community, which quickly became family.  In 2011 she had the honor of serving as Washington State Ms. Leather.  As a title holder she traveled extensively representing them.  She was honored to be a part of a community that supported freedom of expression.  Kat loved the art of tattoo and body piercing, having adorned her body with many meaningful images celebrating her life and loves.  In addition, she helped others to decorate their own bodies with jewelry.  Miss Momma Kat will be missed.