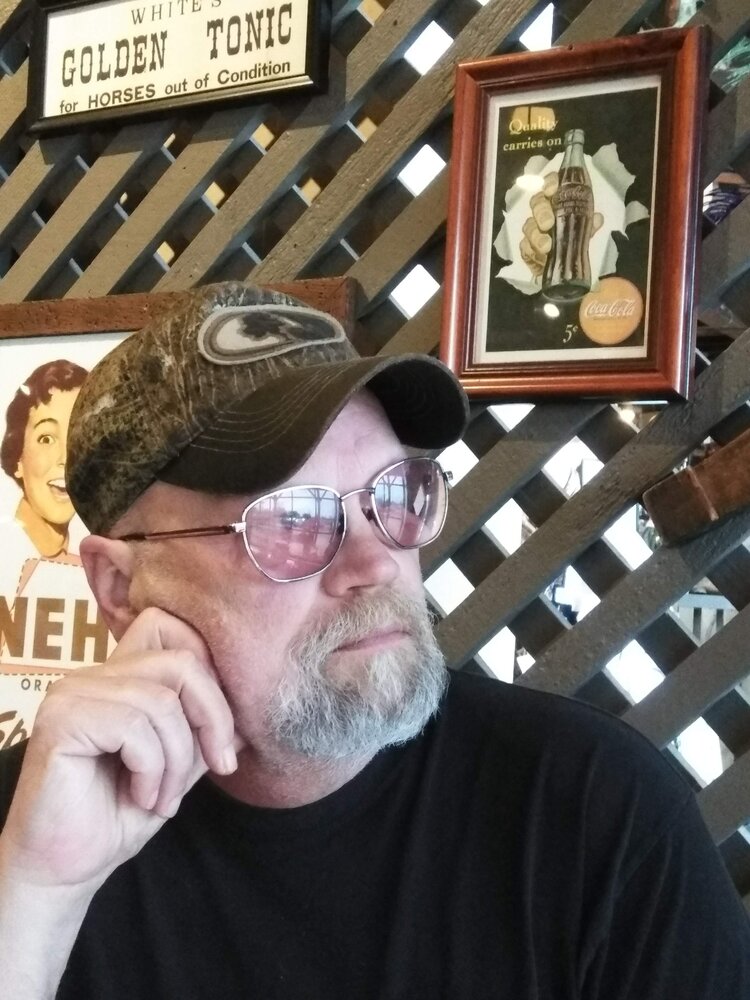 On April 3rd, 2022 Heaven received an amazing man. Emmett Wayne Moulder received his angel wings at 2:55 in the afternoon. His wife Renee was holding his hand and his son Michael was by her side.

Wayne was born in Cleveland Texas where he grew up and graduated from high school. After graduating from high school, Wayne enlisted in the US Army. He completed his boot camp training at Fort McClellan and after completion he was deployed over to Germany where he was a helicopter mechanic. He was very proud of his time in the service. He would often tell stories of being able to ride in the helicopter with high ranking officials. After leaving the military, Wayne went back home to Texas for a while. He then started his new career as a long-haul truck driver. He would drive all over from Texas to California back to Texas to pick up another load and drive wherever needed to be dropped off at. Wayne often had said being a truck driver was good money, but he was missing companionship. After a while of driving truck he met his first wife Judy. Judy at that time had two adult children and a small son Michael at home. Wayne and Judy got married and Wayne became Michael's father. In 2006, Judy had passed away. Michael was an adult and Wayne continue to work as a long-haul truck driver. In 2013 Wayne had a stroke. Due to the stroke and finding out he had diabetes, DOL took his CDL license. In 2014, Wayne came up to Washington State to meet his daughter and decided to make his life in Washington State. It didn't take long for Wayne to meet a very special lady named Renee. They later got married and started a whole new adventure in life.

Wayne loved to drive. He loved classic rock music and enjoyed taking trips down to the ocean and driving up to Mount Rainier. Wayne had a very close relationship with his mother in law and would take her along down to the ocean, up to the mountains, and even to Northwest Trek. Wayne wood drive to Northwest Trek about once a week just because his mother-in-law loved to see the animals and ride on the tram around the park. Wayne loved to spend time with his grandkids. He would drive about an hour and a half just to watch his grandson play sports.

There is a gofundme page to help his wife with Veterans Memorial and medical Fees. https://gofund.me/ff7625d6

Share Your Memory of
Wayne
Upload Your Memory View All Memories
Be the first to upload a memory!
Share A Memory