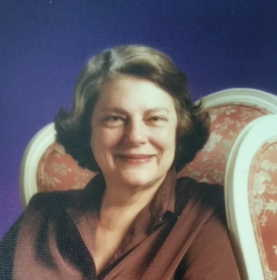 Patricia was born to Rachel and Bill Patton. Patsy, as she was known in childhood, grew up with three older siblings near the Snake River in Clarkston, WA. While attending Washington State College, Pat met Wally Turner, her future husband. She graduated in May 1949 and two weeks later she married Wally. Pat taught the fourth grade in Pullman and Spokane. She was a dedicated mother to her children: Nancy Krueger Donna Cobb and Ted Turner. As Wally climbed the ladder with Weyerhaeuser Co, Pat was a corporate wife, which required four cross-country moves in five years with school-age children. In 1968 they returned to Washington and settled in Federal Way, where Pat remained until her death. She volunteered for Meals on Wheels, and later she was a Guardian Ad Litem (“CASA”) with the King County Superior Court. In her later years, Pat enjoyed her pets, her home, six grandchildren, and her special neighbors. Pat died on January 11, 2022. A memorial service will take place in Clarkston in April. Remembrances may be sent to the Auburn Valley Humane Society.

To send flowers to the family or plant a tree in memory of Patricia Patton, please visit Tribute Store