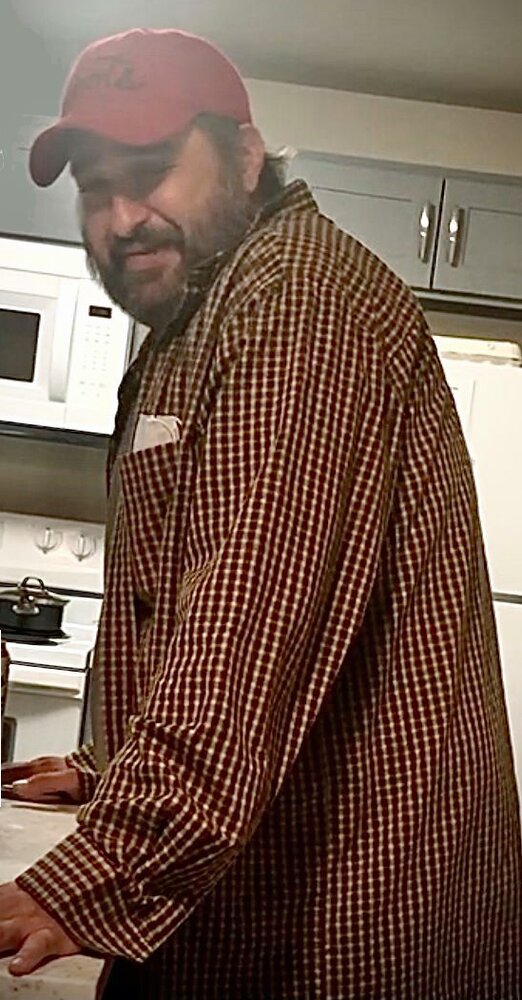 It is with the utmost sorrow that we announce the passing of our much-loved son, Patrick Garrett Kirchner, on September 19, 2021. To say that he was inspirational to us would be putting it mildly. He will be missed every single moment of our remaining days. He was the most genuine, kind, and giving person that we have ever known. Pat was born legally blind but never for a moment let that hamper him in any of his endeavors. He played sports (his great love), rode a bike (which he was never supposed to be able to do), and his main goal in life was just to "be normal." He hated the "H" (handicapped) word as he put it. He had the most incredibly fun sense of humor from childhood on. He loved to play games, he loved to be with family and friends. He just was a person who loved people and would do anything for them, asked or not.

He found music through his grandmother when he was quite young and became the most enchanting musician with none of the trauma or drama of nervousness. He played flawlessly because he played from his soul. It was hard for him to read music but he did it one line at a time and then memorized it. When he played, you could just sit back and say "ah – now that's peace/that is talent." He studied Japanese in high school in spite of his visual impairment and aced that as usual. He was the guy who everyone thought of as the "average Joe" but then looked at his report card and did a double-take. He was the person who hid his light under a bucket so to speak and was humble to a fault. In college, he majored in business at UW with a minor in music.

He had a photographic memory, and remembered every detail of everything! He was our family's trivia vault master. We called him whenever we couldn't remember a player's name, the name of a movie or what happened when. He strove for unity and stress-free relationships his entire life. We think he missed his calling, as he would have been a great counselor. He also took to heart all the cooking he grew up with and became a great chef at home.

He was beloved by our dogs. That is the ultimate stamp of approval! Our malamutes adored him and will miss him forever. Even when we took him to the hospital, our "Mad Max" stood guard silently when emergency personnel had to literally get into the car to help him. No matter where or when Patrick saw our dogs, they knew they had a friend of the highest order.

He made people laugh, but he also had a serious side. He called his dad every day through his chemo and radiation for cancer, and then following that, during two spine surgery ordeals – almost every day - and then called me separately to check up on me. He brought me flowers whenever he saw me (sometimes multiple bunches or his favorite hydrangea plants). I will miss his phone calls now more than ever. A few days before he died, he called to go over "nostalgia" with me, and Bob and I talked to him for hours. I am so honored to have been part of that trip down memory lane. We laughed and we cried together. That was who he was. He cared about his family most of all. He did not want to die. He still believed he would somehow overcome this and be at the next family dinner. He died too young and his seat at the table will be set forever though bring tears because he is not there.

How do you fill a void left by such a special person? You cannot. We will go on, but sadly. He is survived by his mom and dad, Audrey and Bob Kirchner, and his two siblings, Katherine Therese Sakai and Jonathan Michael Kirchner. He is also survived by his nephew who he adored to the bottom of his heart, Trenton James Sakai. He loved nothing more than getting to know TJ and was so sad that he could not spend more time with him. He also loved Jon's girlfriend, Kelly Roberts McDole, and her four beautiful children (Victoria Jean, Rebekah Lynn, Samuel Lewis, and Brian William), who visited last year from Indiana. He found a second mom in Kelly's mom, Connie Roberts. He was beyond saddened that he would not be able to see them again or get to know them better. He also is mourned by his favorite Aunt JoAnn, Aunt Marge, Uncle Chuck, Aunt Kathy and Aunt Dorea, many other family members and friends who he loved dearly and loved him back, and his special person, Angel Livers.

What is the personality of the name Patrick? Patrick is a name that suggests you give up what you want so other people can have what they need. Like a six-sided cube, your personality is steady and balanced. You are very creative and artistically oriented but also willing to take action to accomplish your goals. Patrick is from the Latin meaning "nobleman" but I think of him as a nobleman. Patrick was loved by everyone who knew him, and his life was not in vain. It was just too short. He had so many things to overcome, and yet he tried to be the best he could be under those circumstances. Patrick was a one-of-a-kind person who will be missed forever. In lieu of flowers, please donate to http://www.aasldfoundation.org/