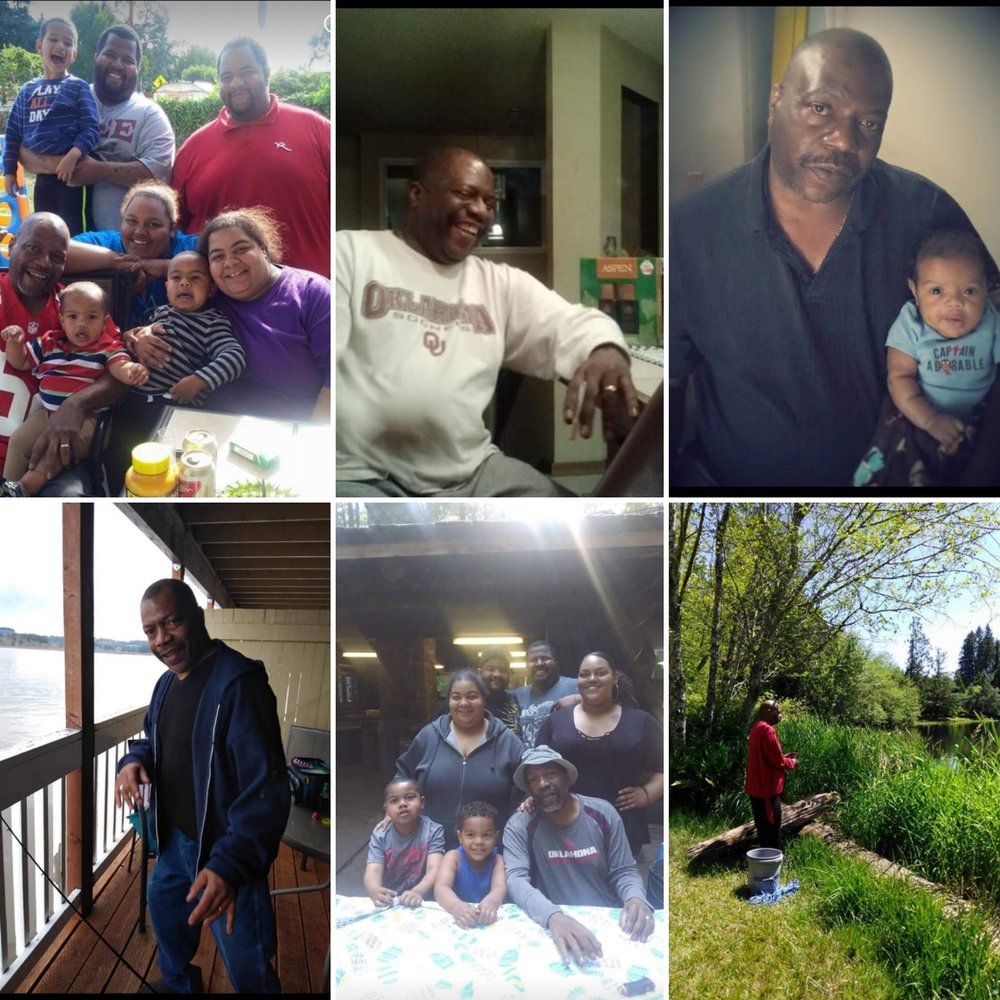 Born on November 3 1960,  Walter   who  was  affectionately known  as  “Chuck”,   to close  relatives  and  friends, was  called home to the  heavenly palace into the arms of our savior Jesus on May 23,  2021,  at  the  age  of  60. He was born in Mobile, Alabama. He was the second oldest of five siblings.  His father was in the United States Army so as a child He travelled to numerous states and countries before his family settled in Lawton Oklahoma.  Walter also served in the United States Marine Corp.  He moved to Washington in 1995. Walter did many things in his life, he was a counselor for troubled youth, then moved into the restaurant business for a few years and after that he was a member of environmental services with the last of employment prior to retirement being at Western State Hospital. He was liked and loved by his coworkers. Walter loved to fish, bbq, and he loved his San Francisco 49ers football team and to spend time with his family and loved ones.

In his new  life,  he  will  be  greeted  and  reunited  with his  father  Walter Tolliver Sr , his  sister Tracy Tolliver and his grandson Tyrell Tolliver.

His precious memories will  forever  live  on  in  the  hearts  of his wife Michaela,  his daughters, Tamara and Tasha ; his sons Marquis, Maurice and Michael;  his 4 grandsons Martavious, Robert, Malakai and  Avery ;his mom Ophelia Tolliver and his  brothers Gary,Marscell and Steve Tolliver

Walter will be cremated and his final resting place will be with his children and Tahoma National Cemetery.

To send flowers to the family or plant a tree in memory of Walter Tolliver Jr., please visit Tribute Store