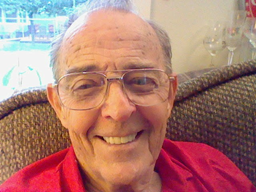 Waldemar (Wally) Schorr died in Renton, Washington on January 15, 2021 at the age of 89. Wally was born in San Francisco, California on December 19, 1931. His father, John, was in the Navy. His family lived in several places, but Wally’s formative years were spent in Bremerton, Washington, a city famous for its historic naval and maritime heritage. Following in his father’s footsteps, Wally enlisted in the Navy and served his country during the Korean War.

For over 30 years, Wally was employed by Bethlehem Steel, one of the world's largest steel producing companies in the 20th century. He remained loyal to Bethlehem through the decline of American steel manufacturing in the 1970s until the company closed its West Coast operations in the early 1980s. In 1965, Wally married for the second time. His wife, Diane, worked for the Boeing Aerospace Company for 43 years. During that time, Wally also worked for Boeing and retired with 10 years of service. Wally loved to bowl. He bowled on men’s leagues for Bethlehem Steel and on mixed leagues with Diane.

He was also an avid golfer and loved to travel around the United States seeking out new golf courses to play. In 1967, Wally adopted Diane’s daughter, Karla. He also purchased a new home in Renton that Diane would cherish until the day she died. During the 1970s, Wally and Diane were blessed with two granddaughters, Lindsay and Heather. Wally became know as “Papa” because Lindsay found it easier to articulate than “Grandpa.” Diane became “Grammy” because she didn’t want to be called “Granny.” Wally and Diane spent the following decade enjoying every moment they were called Papa and Grammy.

Wally retired from Boeing in 1996 when the company announced its plans to merge with McDonnell Douglas. His wife, Diane, retired shortly after the merger took place. In 1999, Wally and Diane celebrated the birth of their first great-grandchild, Ashlynn. Ashlynn brought so much joy to the early years of their retirement. In 2005, Wally suddenly became widowed. Even before Diane’s untimely death, Wally struggled with dementia. It was only a matter of time before he would require 24-hour care and Diane was no longer there to provide it.

Diane loved their little house in Renton. She wanted to keep it in the family, but if Wally had to be placed into a longterm facility, he would have to sell the house to finance it. Karla wasn’t in a position to care for her father, but her daughter, Lindsay, didn’t hesitate to accept the responsibility. She moved into her grandfather’s house with her husband, Jason, and their daughter, Ashlynn. Wally received exemplary care from Lindsay, Jason, and Ashlynn, enabling him to live in his home 16 years after Diane passed away. Their presence in his home also fulfilled Diane’s wish that the house remained occupied by family

To send flowers to the family or plant a tree in memory of Waldemar Schorr, please visit Tribute Store
Print
Share A Memory
Send Flowers