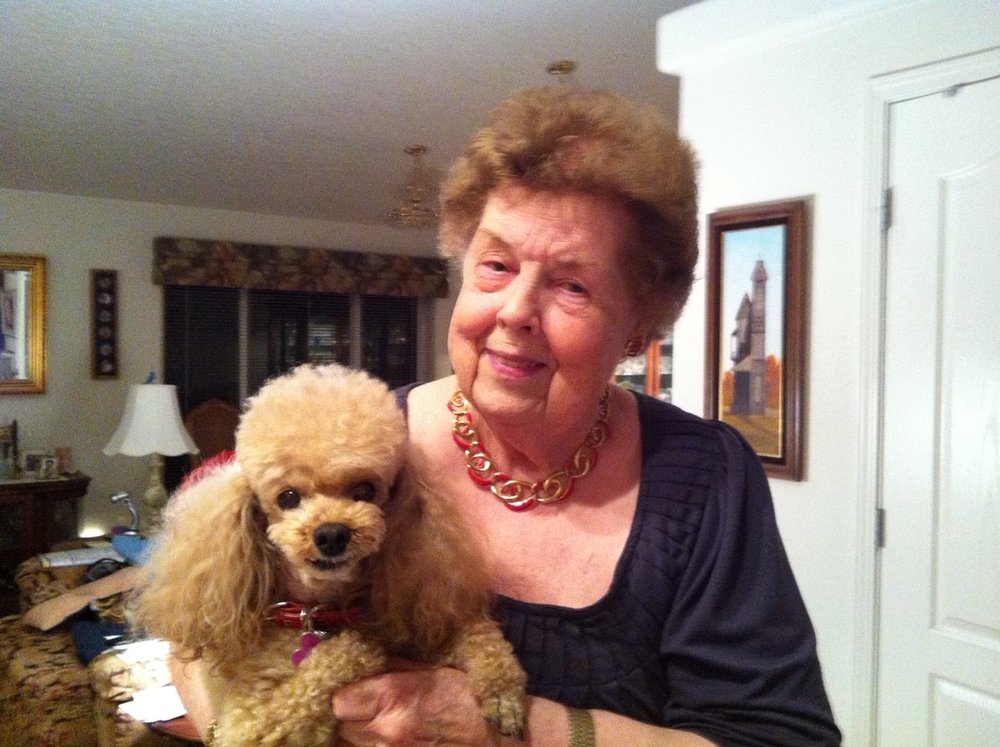 ﻿Evelyn Marie “Evie” Erdman was born in Tacoma, WA at home on January 7, 1927, the second of five children of Ellen Martenson Berg and Paul Berg.
She passed away on June 23,2020 after a prolonged illness followed by heart failure, due in part to the Covid-19 virus.
She was preceded in death by her parents and her sister, Margaret Frederick, and her beloved husband, Lloyd
Erdman.
Evie grew up in Tacoma and attended Stanley Elementary, McCarver Junior High and Lincoln High School.
After her school days, she worked various jobs including one of her favorites, The Tacoma News Tribune. While working there she often thought she would like to be a reporter one day. However, that wasn’t to be and eventually she chose a job at Abbott Laboratories in Tukwila, WA, working successfully as their Office Manager for 30 years.
Evie married her sweetheart, Lloyd Erdman, on February 11, 1946 and they enjoyed 55 years together before he passed away.
During those years together they took many road trips to various parts of the United States. During these road trips many photos were taken and they collected postcards from these places, which led to an extensive collection.
As members of The Tacoma Elks, they often enjoyed dining and dancing there.  They also traveled throughout the state visiting various Elks Clubs.
Evie had a keen interest in genealogy and a curiosity about her Norwegian and Swedish roots. She researched and studied to glean information about her heritage and happily shared what she learned with her siblings and other relatives and friends.
Before losing most of her eyesight, Evie enjoyed creative knitting and crocheting projects, which she shared generously as gifts to others.  She once was awarded a Blue Ribbon Prize for a crocheted creation that was displayed at The Puyallup State Fair.
She had beautiful penmanship and took prolific notes throughout her lifetime
noting birthdays, weddings, etc.
During World War II, and before her marriage, she corresponded with several servicemen that were serving overseas.
Evie was an ardent animal lover and had several dogs as companions after retirement. She and Lloyd didn’t have children, so these special pups were like their kids. The poodle pictured with her was named Pippin and he passed away a few months before her.
Evie is survived by and will be surely missed by her two brothers, Richard”Dick”Berg and Rodney Berg and his wife Bodil and sister Marilyn Garrison.
Also, numerous nieces and nephews, who called her Auntie Obbie.
And her treasured caretaker the past several years, Amanda Nelson, and many dear friends.
Evie was laid to rest with her dear husband Lloyd,
at Tahoma National Cemetery in Kent, WA.
Because of the ongoing Pandemic there will be no services at this time.
Rest In Peace and without pain, dear Evie. You are missed by many and loved foreve

To send flowers to the family or plant a tree in memory of Evie Erdman, please visit Tribute Store
Print
Share A Memory
Send Flowers