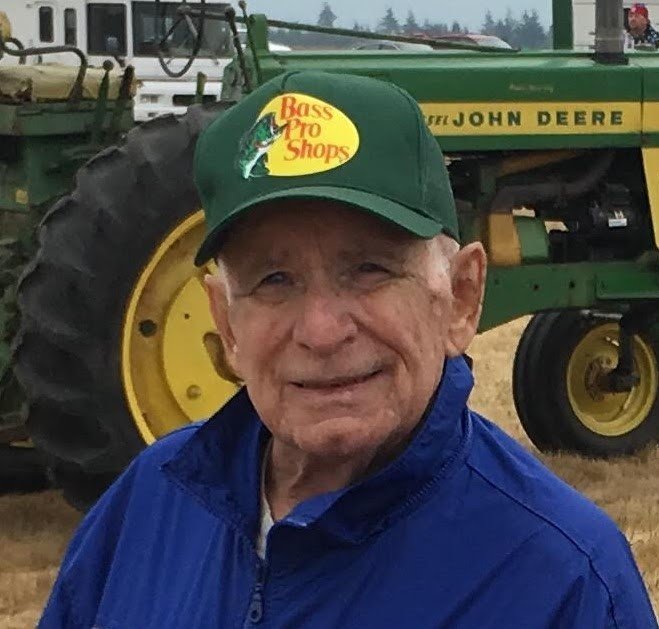 Marvin D. Whitaker, 85, our beloved husband, dad, grandpa, uncle, and friend went to be with the Lord on Tuesday, February 11, 2020, in Tacoma, WA, after a long struggle with Chronic Lymphocytic Leukemia. Marv was born May 13, 1934, in Des Moines, Iowa to Harold and Blanche Whitaker.

Marv was a loving husband and dad, an extremely hard worker and loved making new friends and helping people.  He served in the U.S. Army from 1961-1963. He married Shirley in 1969 and they celebrated their 50th wedding anniversary in November 2019. Marv was a long haul truck driver for Yellow Freight for 37 years. After retirement, he and Shirley traveled throughout the United States in their RV. He also volunteered during his later years at senior centers in both Ohio and Washington. He loved playing with his grandchildren and great grandchildren.  Marv loved being raised on a farm and enjoyed anything connected with farming. Marvin is dearly missed by his loved ones, but they are comforted to know  that he is no longer suffering.

Survivors include his wife, Shirley; daughter, Lori Neumann; two grandchildren, Nathan Bigbee and Katie Ragan; and two great grandchildren, Scarlett and Xavier Bigbee.  He is also survived by many nieces and nephews.

Marvin’s family would like to thank the members of the Virgil S. Clarkson Senior Center for their friendship and support to Marv these last 4 years. They would also like to thank New Community Church of Tacoma, WA for their assistance and support to the family during this difficult time. For memorial contributions, the family would like to designate the Virgil S. Clarkson Senior Center.

To send flowers to the family or plant a tree in memory of Marvin Whitaker , please visit Tribute Store

Share Your Memory of
Marvin
Upload Your Memory View All Memories
Be the first to upload a memory!
Share A Memory
Send Flowers