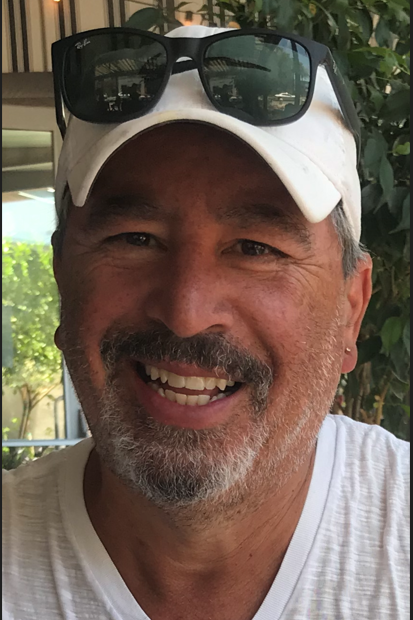 Rudy Nieves passed away unexpectedly on August 20th, 2022, after a brief illness. He was born in Ponce, Puerto Rico on June 19th, 1958. He was the fifth of eleven children, raised Catholic. Rudy moved to New York in 1966 and later to New Jersey where he graduated from JFK High School. He attended Ramapo College, studying architecture and graphic design. In 1987 he followed his brother to Washington State and resided there until his death.

Rudy worked at Western Metal Arts and retired after 20+ years at Tacoma Rubber Stamp as a graphic designer. He enjoyed being a part of North Tacoma Montessori and loved the staff, especially Lynne’ and Chaska, and was affectionately referred to as Teacher Rudy by all the children. He was very proud of all the corrugated box designs and plaques he designed for so many businesses worldwide, often seeing them on his travels.

Rudy had a deep love for sports, especially football – his passion for the UW Huskies earned him the name RudeDAWG. He was a music guru knowing every song’s artist and enjoyed dancing and karaoke. You could usually find RudeDawg with his camera taking 1000’s of shots of his family, friends, events and his travels.

Rudy married Kate Healy in 2013 and they shared a love of travel and sports. So many adventures were had in 10 short years. Rudy would have been thrilled to know that the M’s made the playoffs as he and his Pops enjoyed games for many, many years.

Rudy was a man of little words, but full of heart. He was gentle, kind, and extremely loyal. His smile and laughter lit up the room and had a huge network of friends for so many decades. Rudy was looking forward to retiring at their Glendale, AZ home with his two loves – Abby and Naughty Nellie, his dogs.

Please join us on October 30th, 2022, at the Day Island Yacht Club from 1:00 – 4:00 pm to celebrate Rudy’s life and watch the Seahawks/Giants game with good friends, good food and Rudy’s favorite – good drinks!

Share Your Memory of
Rudy
Upload Your Memory View All Memories
Be the first to upload a memory!
Share A Memory