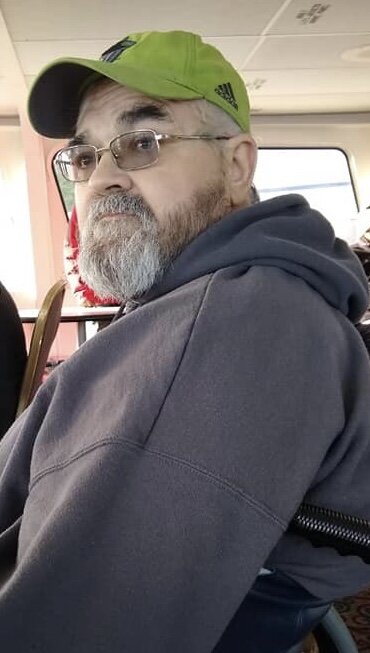 Born a military brat in Bicester, England, Colin was a traveler of the world. He lived in many places including California, Montana, Washington and Rhein Main, Germany. He and his family eventually settled in Tacoma, where he graduated from Clover Park High School in 1980. He then went on to an AA degree in Law Enforcement at Pierce County College.

Colin served the state of Washington and the City of Eatonville as a police officer for several years, before leaving the force for civilian life. He married his first wife, Viola, in 1983. They divorced, childless, in 1988. Colin was working at South Hill Lighting at that time, delivering to construction sites throughout Pierce, King and Snohomish counties. Soon he was promoted to the sales force and was quickly selling the lighting packages he once delivered.

In 1991, he married his second wife, Roxanne and became an instant dad to Michael and Alex, who he loved to play Ninja Turtles with. They moved to their first house, where they eventually added to their family with the birth of their Daughter, Jennetta.

Colin was well known in the soccer community in Washington, as coach, player and organizer. In 1995, He took the United States National Special Olympics Soccer Team to the International Games in Connecticut, where they took 4th in the world.

Colin was active in Special Olympics for nearly 30 years, in Auburn and Renton, where he coached Basketball, Soccer, Softball, Golf, Flag Football and Bocci. It was a family endeavor, with the whole family taking part either as coaches or scrimmage partners.

He switched up his career in 2000, becoming a “bread man” for Wonder Bread and Orowheat until 2004, when he became the manager of a small bakery called Cour D’Alene Bakery. After a few years there, he moved on to manage Alki Bakery, both the retail and the production divisions. He worked there until his illness in 2018.

He loved his two dogs, Tank and Junior as his children. He loved to take them for walks around the neighborhood and show them off to all the kids.

Colin is preceded in death by his brother, Ian Edwards, his Father, Jerry Edwards, Mother in Law, Rose Lindgren, and nephew Nick Faar. He is survived by his Mother, Eira Edwards, his brothers Jerry, Keith and Owen Edwards, His wife Roxanne Henry-Edwards, his sons, Michael and Alex Henry and his daughter, Jennetta Edwards as well as In laws, Curtis and Elnora Martin, Kip and Mary Mitton, Teri Edwards and aunts, cousins, nephews and nieces.

Share Your Memory of
Colin
Upload Your Memory View All Memories
Be the first to upload a memory!
Share A Memory