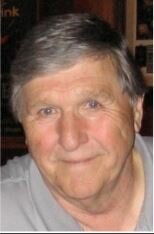 Ron spent 32 years with American Airlines in Fleet Service. Moved from the east coast to WA where he lived with his present wife, Sandy Socall. They were together for 13 years – living in a wonderful adult community. He was known as “The Mayor” of that community – always helping anyone who needed it. Everyone knew Ron and enjoyed the monthly Newsletter he wrote for 18 years.

He let it be known that he was a HUGE SportsFAN, not a SportsMAN – loved his University of Michigan Wolverines – GO BLUE!!!

He will be so missed by all who knew him – his favorite saying was, “Has anyone told you they love you today?”

To send flowers to the family or plant a tree in memory of Ronald Socall, please visit Tribute Store

Share Your Memory of
Ronald
Upload Your Memory View All Memories
Be the first to upload a memory!
Share A Memory
Send Flowers
Plant a Tree