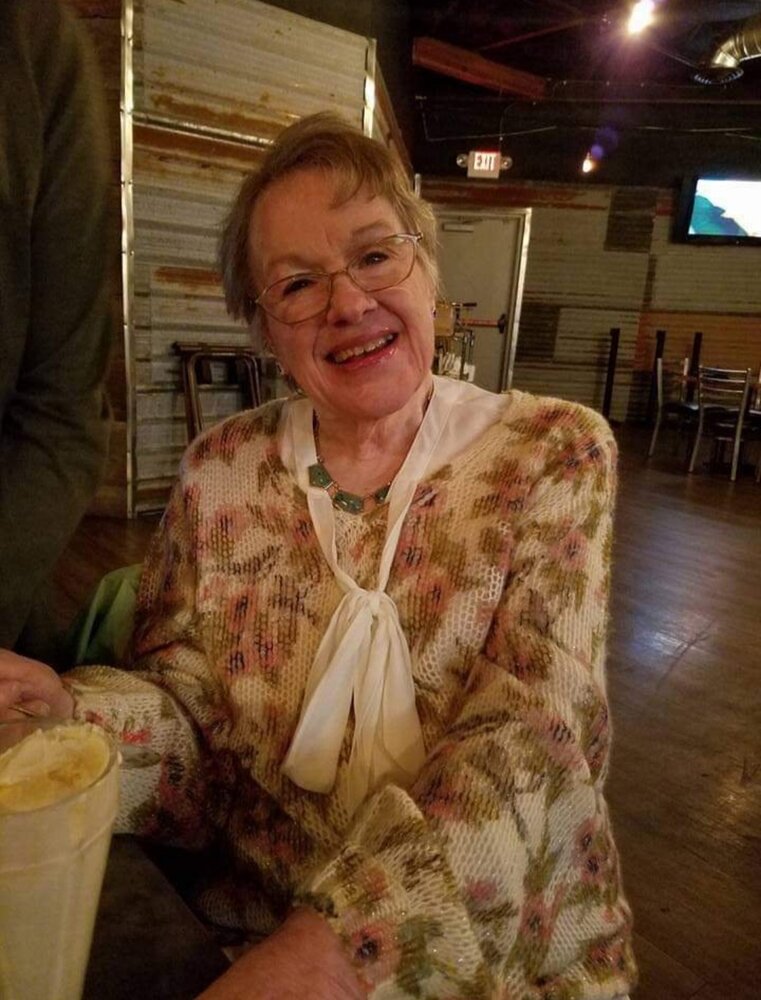 Joan Leigh Ainsworth was born in Denver, Colorado on November 27, 1941 to the late John and Evelyn Ainsworth. He was a Navy Serviceman in his early years and later a construction engineer and her mother was a homemaker as well as a produce clerk at Safeway.

Due to the fact her father was in the Navy and often on a ship out of California her mother left her into the care of her grandmother Liola Jerger in Tyler, Texas in her early years.....after her father left the Navy the family moved back to Denver, Colorado.  It was then her parents completed their family and added her sister Pamela Jean Ainsworth (Wanley), her (late) brother Mark Alan Ainsworth and her brother Kerry Edwin Ainsworth. In her junior year of high school Joan went out with some friends on Christmas Eve and was in a car accident on slipper snowy road and she broke her neck.  Because of being in the hospital for so long she got way behind in her studies and never graduated from high school.

Joan was a dedicated mother to her three girls and was also the secretary for the First Baptist Church in Colfax Washington.

In 1976 Duane was relocated with his job to Ritzville Washington.  Here Joan worked for a few years at the local bakery. But, Joan always wanted to further her education so in the early 80's she studied in Moses Lake Community Collage, graduating at the same time with her oldest daughter in 1982. As well as her soon to be son-in law Kevin Goss. She then went on to get her Certification as a CNA at the Ritzville Nursing Home. She worked several years here caring for the elderly until her earlier diagnosis with Multiple Sclerosis made it impossible to keep that job.

It was then the grandchildren started coming.......first born was Devin Todd Cutler...next was Jared Blake Goss...following was the (late) Dayne Young Cutler...Jesse Blake Goss...Daniel Lee Malby...Jordan Blake Goss...Benjamin Lee Malby...Joseph Zebulun Malby and finally a girl MaryAnnah Louse Sinner.  In the following years her days were filled with baby sitting, baking, gardening and volunteering at church.

On November 6, 2006 she lost Duane Millard Torgerson to cancer.  Her last 16 years she moved 7 times, ended up at an adult family home in Federal Way, Washington.

In the last few years of her life 3 of her grandson make her a great-grandmother with the arrival of Forest Duane Goss...Shalom Nigus Malby and just recently Quinn Blake Goss.

She passed away quietly surrounded by her daughters on May 27, 2022 at Franciscan Hospice House in University place, Washington.

Greeting of the family
Worship
Obituary by Kevin Goss
Memorial video of Joan's life
Eulogy by Devin Cutler and Mari Sinner
Sharing of memories from the guests
Ending.....I Can Only Imagine by Mercy Me
The family is providing lunch in the fellowship hall immediately after the service and would love for everyone to join them.

Share Your Memory of
Joan
Upload Your Memory View All Memories
Be the first to upload a memory!
Share A Memory