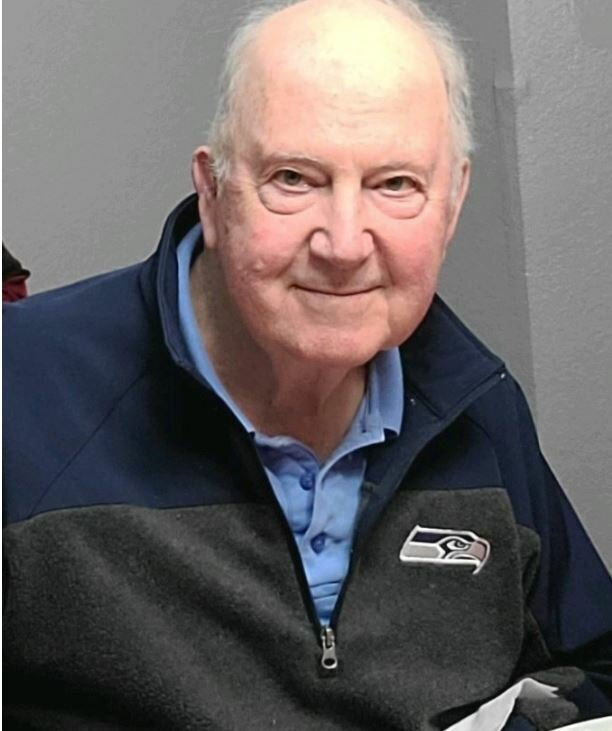 Ken was born in Tacoma, Washington and was the only child of the late Vivian (Birnel) and Howard Martin.

Ken graduated from Stadium High School in 1954 and spent a year at Central Washington University before joining the Army in 1955. Ken spent many years in the grocery industry, mainly working at various Safeway stores. He spent a short time working at Pepsi before moving on to Western Beer Distributors and retiring after 30+ years as the General Manager.

Ken was an avid baseball player and played on many baseball and softball teams around Pierce County throughout his lifetime. He lettered in baseball and football in high school and was offended until his final days that he was voted best dancer.

Those who knew Ken, knew him for his great laugh and his funny sense of humor, although he could not tell a joke without giving away the punchline. He had a special way with the English language, we called them Martinisms and they will live on through his children and grandchildren forever. (Websters here we come).

The family will hold a private internment with a memorial to be held at a later date.

Family was the most important thing to him, and he loved us all as much as we loved him. We will miss him every day.

To send flowers to the family or plant a tree in memory of Kenneth Martin, please visit Tribute Store

Share Your Memory of
Kenneth
Upload Your Memory View All Memories
Be the first to upload a memory!
Share A Memory
Send Flowers
Plant a Tree