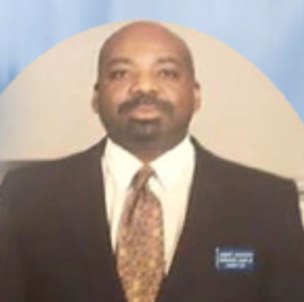 Sunrise: Albert Lee Johnson was born in Camden, Arkansas on October 29, 1952. He was the eldest child born to the union of Mr. Sleep Johnson and Mrs. Savannah (Harvey) Johnson. Albert would be preceded in death by parents, as well as maternal and paternal grandparents and one nephew; former Army Veteran PFC. Anton Johnson. He was preceded in death by four paternal uncles, which were former United States Army Veterans as well. He confessed his hope and belief in Jesus Christ at a young age and was baptized. Afternoon Albert received his primary education within the confines of the Omaha Nebraska public school system. He received his formal education and graduated from Omaha Technical High School in 1972. Albert chose for his career path to enlist and serve in the United States Army. He would render his service in the United States Army for a total of four years and five months. His brothers Charlie and Willie would choose to enlist in serving in the United States Army as well until their retirement. Evening: Albert united in Holy Matrimony on Christmas Eve in 1990 to Barbara Scaffert and this union would be blessed with one daughter, Sara Johnson. He later became employed as a Longshoreman, working for seventeen years until he retired. His favorite past time was working, fishing and spending time with his grandchildren. Albert’s family recognizes that God in His Infinite Wisdom Doeth All things Well. God promised that all suffering will end. Albert’s suffering in pain caused by Cancer is now over. Sunset: Memories and moments with Albert were frozen as he departed this life here on earth on April 13, 2022. As God Declares, Your Suffering is Over Albert and it is so, that God grants him peace and rest from his labor with pain. For God, has spoken and God declared that “He will not leave us comfortless”. The time has come for us to bid farewell to our soldier while giving thanks to God for this precious gift; that we were blessed to have in our lives for a while. Now, we celebrate our beloved who was a beautiful person and he lived a beautiful life. Albert leaves precious memories to treasure to his devoted daughter, Sara Johnson, a son-in-law Gabriel Ramirez, former wife Barbara Scaffest. Albert leaves two grandchildren Launa Johnson and Gabriella Ramirez. three brothers Charles (Shawn) Johnson, Willie (Shelia) Johnson both of Omaha Nebraska and Edward L. Johnson (Betty) He leaves one uncle, Mr. O.B. Harvey of Hollygrove, Arkansas and one aunt, Mrs. Dorothene Smith of Camden, Arkansas as well as nieces, nephews, cousins and many dear friends

Share Your Memory of
Albert
Upload Your Memory View All Memories
Be the first to upload a memory!
Share A Memory