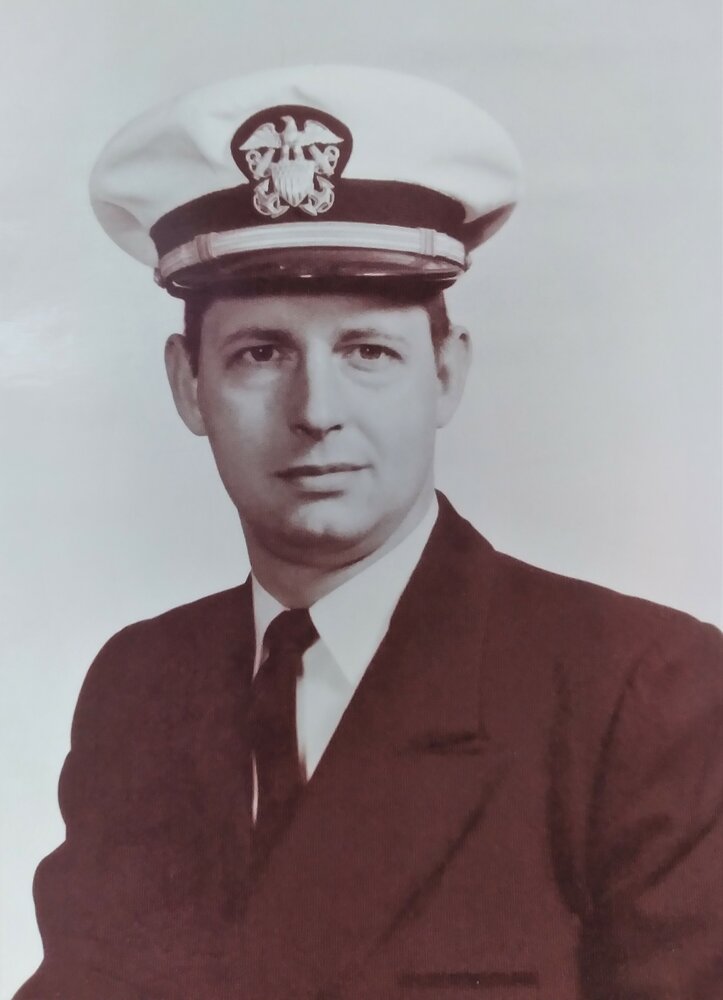 James “Jim” Lowe died on Monday, April 18, 2022 at Overlake Hospital in Bellevue Washington surrounded by his two children and two grandchildren. He died from a cerebral hemorrhage at the age of 85.

He graduated from Dayton High School in 1954 and then spent a year at the University of Kentucky on a scholarship before entering the U.S. Naval Academy on an appointment from U.S. Representative Brent Spence. At USNA, Jim was a member of the fourteenth company and had an active role in the “Grease Gang”. While there, his brother, Bob ‘60, and his cousin, Larry Riley ‘59, joined him. After graduation, he married Judith Linn from New Jersey and was assigned to the destroyer Lowry (DD770), taking part in the Cuban missile crisis. His last ship was the Thuban (AKA19) then he left the active Navy and spent time in the reserves, where prior to resigning he gained the rank of Lt. Cdr.

In 1963 Jim joined Allied Chemical where he held various engineering and maintenance positions. He moved to Union Camp, a paper company, in 1975 as an energy specialist. He later became a project engineer for major capital investments with them. In 1978 he took a position with a small engineering company as their director of engineering. The Weyerhaeuser Company became his last place of employment in 1980, where he held a number of engineering positions in his twenty-three years. His last assignment was on a major capital project as the project manager. During his time with Weyerhaeuser he earned an MBA, travel extensively and was active in a number of organizations in the engineering field. His accomplishments include being Chairman of the Construction Industry Institute‘s Implementation Committee, Chairman of the Construction Consumer Council, and Chairmen and President of the Northwest Safety Training Council. During his time at the Safety Training Council 24,000 construction workers completed the safety-training course.

He was a dedicated husband, father and grandfather and is preceded in death by his wife of 56 years, Judith; surviving him are his son Robert, and daughter Deborah Borches, and his grandchildren, Katelinn (Bryce) Carlson and Connor Borches. Jim’s remains will be placed in the Academy columbarium at a later date.