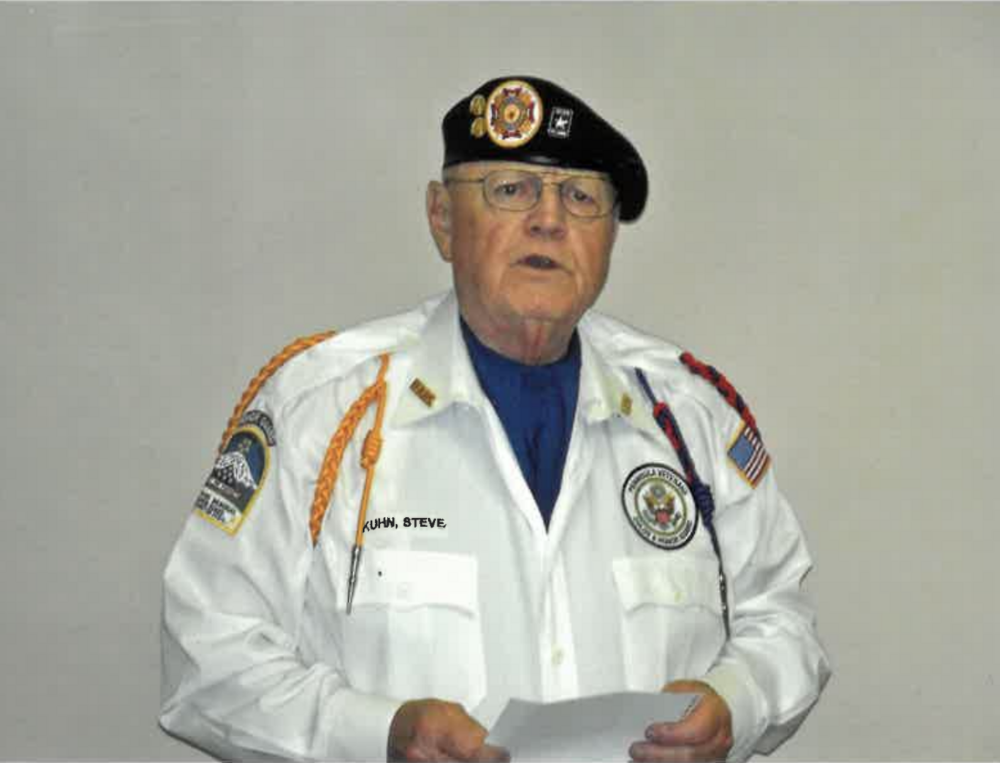 Stephen Edward Kuhn Jr. of Lake Bay Washington passed away on April 5th, 2022 at the age of 87.

Stephen was born in Barton, Ohio on October 10 th 1934. He enlisted in the army at the age of 17 spending 20 years in the service. The Army took him to many duty stations in the US and around the world. He was a decorated combat war veteran having served in both the Korean War and the War in Vietnam.  He retired in 1970 having attained the rank of Sergeant First Class.  After he retired from the military he worked as an Audiologist owning his own business in Tacoma for many years.

Stephen had a passion for helping others.  He was a member of the Elks Club where he enjoyed the Christmas Holidays dressed up as Santa Claus for the annual Elks Holiday breakfast. He also served as a past president of the Key Peninsula Sportsmen's Club and was a Commander with the VFW District # 4 Color and Honor Guard.

Stephen will be laid to rest on April 28th at the Tahoma National Cemetery at 10:00 am. Please visit edwardsmemorial.com for additional information.

Share Your Memory of
Stephen
Upload Your Memory View All Memories
Be the first to upload a memory!
Share A Memory