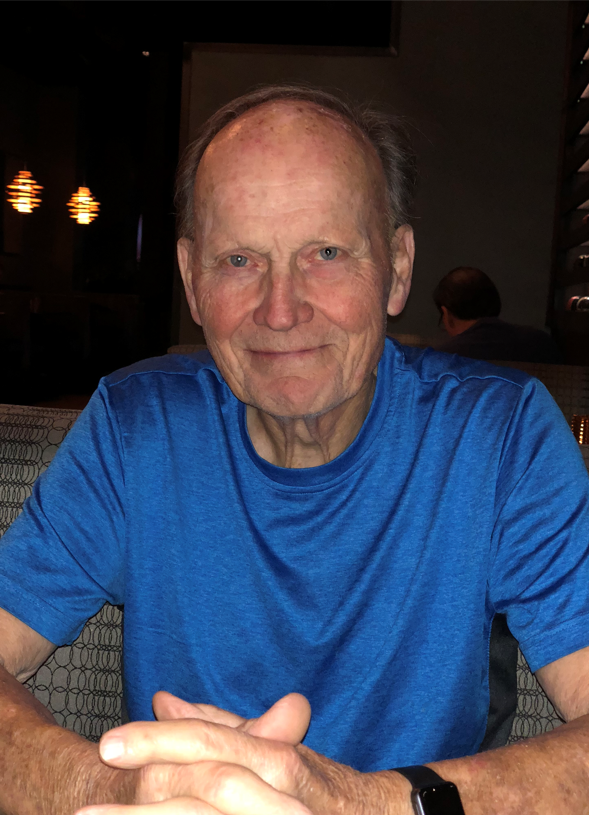 Daryl Lee Lantz, passed peacefully in his sleep on March 14, 2022, at the age of 83, in Lakewood, Washington after a prolonged illness.

He is survived by his wife, Patricia; his children, Jess, Laura, Daryl; and niece/daughter, Kelly; his grandchildren, Sarah, Jack, and Sheridan; and his grandnieces, Taylor and Olivia; his great grandchildren, Hudson and Colton; and his many other nephews and nieces. He is predeceased by his father and mother, Stanley and Verlee Lantz, his brothers, Rolland and Dewayne; his sister Pat; and his mother-in-law, Margaret (Peggy).

He enlisted with the United States Airforce and was stationed at Fort Lewis, Washington. On April 1, 1961, he married his wife, Patricia. They were married for almost 61 years. Between 1961 and 1965, he welcomed his sons, Jess and Daryl and his daughter, Laura and settled in Graham Washington. Daryl eventually, relocated his family to Steilacoom, Washington area, in 1972. He joined Bal Marine in Tacoma, Washington and became the Manager of the luxury boat dealership. In the 1990’s, Daryl, his wife, and son, purchased the family farm in Roy Washington, where he cherished the gift of helping to raise his loving granddaughter, Sheridan, alongside his wife and devoted son, Daryl.

Daryl loved boating and skiing in the Puget Sound and American Lake, hiking at Mount Rainier, motorcycling, mechanics, and taking the grandkids on tractor rides. He loved spending time in Arizona, especially during Halloween, with his daughter, Laura; son-in-law and best bud, Keith and grandson Jack: He also enjoyed visits with his granddaughter, Sarah; and her beautiful family of four and with his loving niece Kelly and her awesome family. Daryl was devoted to his family and friends and loved helping everyone. He was handsome, talented, humble, friendly, kind, loving, and so incredibly generous. We will miss his beautiful sparkling blue eyes, heartwarming smile, kind heart, loving hugs, and his larger than life, fun- loving personality. He was truly loved by all who met him.

Daryl’s family will honor him with a Celebration of Life at his home in Washington State this summer, 2022.