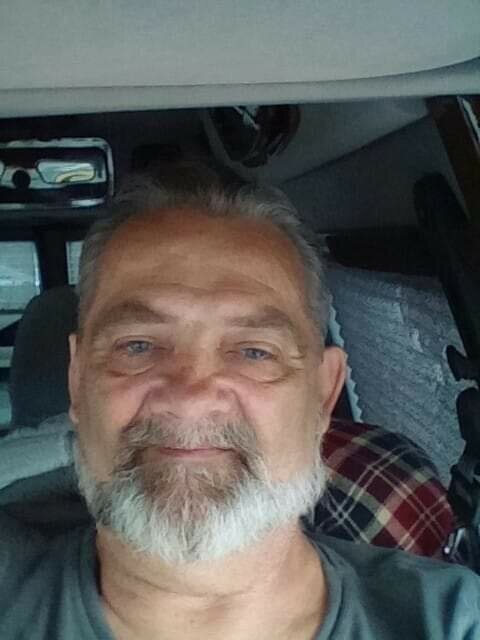 Fred was born on August 6, 1965, to Olive Louise and Fred Gordon Brown, Sr. in Seattle.  He was the eleventh of 12 children.

At the young age of 10, his mom passed away and he lived with his father until age 12.  He then went to live with his maternal grandmother.  Shortly after, he moved to New Mexico with his sister, Maryann Brown-Pashby, for a few years before they returned to Seattle.

He married his first wife, Cindy, on June 10, 1989. They were together until her death on June 16, 2017.He worked at Scougal Rubber, United Courier, Fleet Delivery Service, Western Optical, and finally, Seattle Air Cargo from August 6, 1996 until his retirement on January 1, 2017.

In June 2018, he reconnected with Lenette, a former co-worker from Fleet Delivery Service, via Facebook.  Their first in-person meeting was on July 14, 2018.  They went to Leavenworth in August 2018, the Big Island of Hawaii in December 2018, Disney World and Florida in May 2019, Ike Kinswa State Park in July 2019, Honolulu, Oahu, Hawaii in December 2019, Fort Warden State Park in July 2020, Ocean Shores in February 2021, Kauai and Maui, Hawaii in August 2021, where he proposed at the Royal Lahaina Luau on August 10, 2021.  On November 5, 2021 they were married at the American Legion Memorial Park in Everett, Washington.  They both enjoyed great happiness together.

Fred was a great provider for his family and was willing to help friends and family whenever he was able to.  He liked listening to AC/DC and country music.  He always enjoyed camping, and he seemed to enjoy traveling to Florida and Hawaii.  At one time, he even commented that he would like to move to the Big Island and make and sell souvenirs like bumper stickers.  He also enjoyed cooking, watching wrestling on television, and spending time with family.

To send flowers to the family or plant a tree in memory of Fred Brown Jr. , please visit Tribute Store