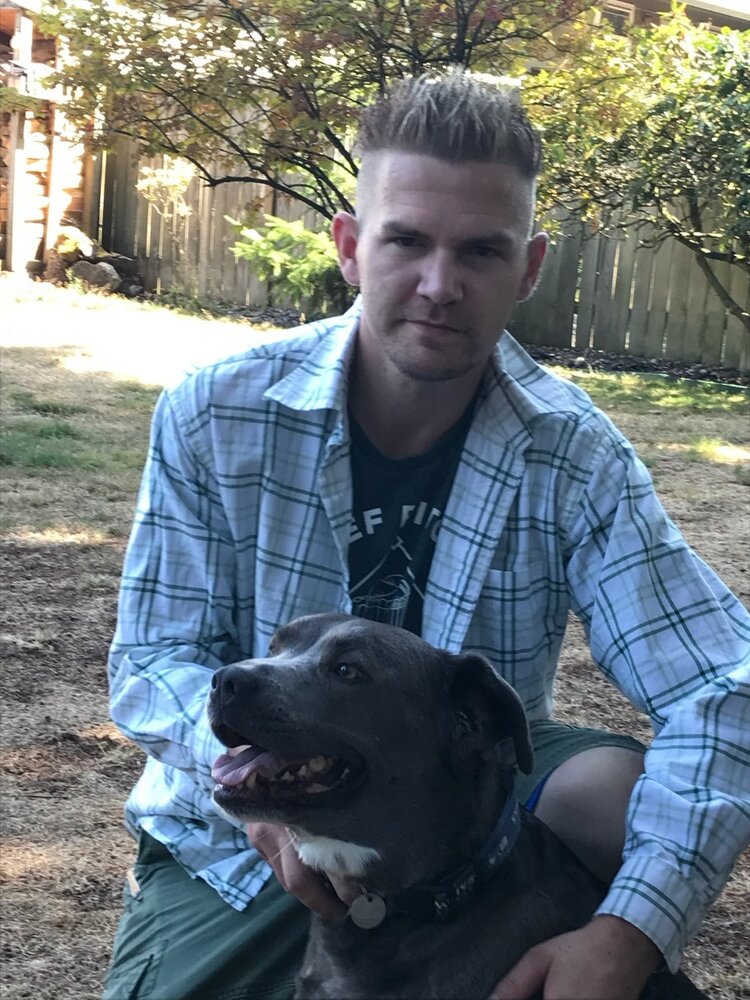 On the morning of February 2nd, 2022, Justin passed away suddenly at the age of 38 at Valley Medical in Renton, Washington.

Justin was born in Burien at Highline Hospital to his mom, Julie Evans and dad, Jim Ross. He was a handful from the start but was one of the most thoughtful and giving persons to anyone who needed help. This was especially true when it came to him and his older sister Jade, and younger brother Jeffery. He adored his siblings and spent countless nights playing video games, riding bikes, shooting basketball and most anything fun. He struggled through attention deficit issues and had some of the most wonderful teachers who understood ADD. At the age of 13, he was diagnosed with juvenile diabetes requiring a very rigid schedule of repeated blood testing, changes in eating habits, and difficult adjustments to allow him to continue in sports. This was not easy for him and sadly turned to drugs as an escape from his complicated lifestyle. He remained true to his friends, dropping everything to drive wherever he needed to fix a tire, or get a car started or pick up gas when someone ran out. He loved and just wanted to be loved back.

He had a way with words, being able to sell anything, whether it was cell phones, stereo equipment, or car alarm systems. He was also extremely artistic being able to draw and paint primarily sports players, cars and gothic-type pictures. Justin was also a true animal lover and devoted himself to each and every one he was around. He spent many years behind the wheels of fast cars, and tricked them out every way imaginable. It was indisputable that he had far too many tickets, not just for speeding but loud pipes, blue lights or driving on a suspended license…he did eventually get his license back! He loved loud music, especially hip hop, rap, plus singing and dancing. He was always the life of the party.

The biggest joys in his life were his children. He was so proud of the man his son became and loved watching his beautiful girls play, he was a fun and goofy dad. Justin leaves behind his son, Jeremy Kaiser, daughters Journee and Justice, and stepson Aiden; as well as his mother, Julie Evans, father, Jim Ross and stepfather Jeff Rhubottom; sister, Jade Wiltsey (Dominic) and brother, Jeff Rhubottom, Jr.; uncles and aunts, Ernie, Ilene, Herm and Seth Kirschnick and many many friends too numerous to list but worthy of being remembered.

To send flowers to the family or plant a tree in memory of Justin Ross, please visit Tribute Store