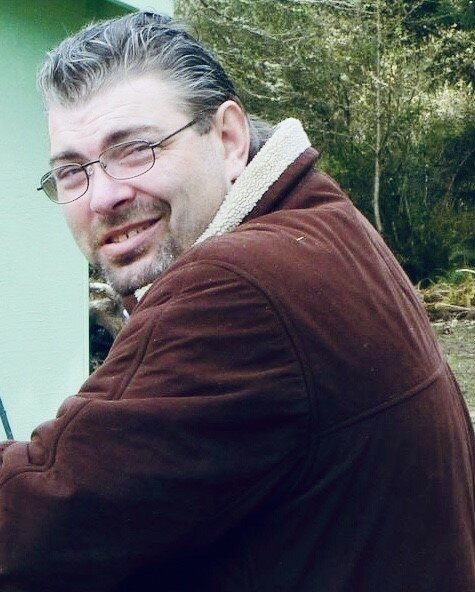 Dave was raised by his stepfather, Byron and respected this man greatly for taking on the responsibility of raising three toddlers under the age of four, who were not his own. So much so, that years later as an adult, he legally changed his last name to Scott. His stepfather’s example prompted Dave to have the courage to accept the challenge of raising two stepdaughters himself, Christina Delores Greco, and Janelle Nicole Greco. These were clearly some of the happiest years of David’s life, but also some of the most challenging as he struggled to find ways to have his biological son, Brandon Lee Scott, in his life more.

Dave was a mechanically inclined man who knew how to fix anything and gave freely of his time to help family and friends alike with their homes, cars, and electronics. His work through the years reflected this same diversity. His older brother, Richard, had the privilege of working at Northwest Door with Dave for over a decade and saw first-hand how those around him enjoyed his brother’s warm smile and funny personality. Dave saw value in things that others did not, because he knew that anything broken could very possibly be fixed again, including a life course. He believed that people deserved second chances and he was there for them when he could help. His sense of humor, love of cars, mechanical aptitude, his giving spirit, as well as his love for music lives on in his nephews, Jason William Scott, Nicholas Weston Scott, Alexander Mason Scott, James Anthony Scott, Thomas Byron Christoe, and Daniel Lee Christoe.

Through all of life’s ups and downs, one constant in Dave’s life has always been his love of music. It was healing to his soul when he was down and was a way for him to connect with family and friends. His nieces, Madilynn Elizabeth (Hawkins) Peterson, Natalie Yvonne Hawkins, Kristen Denise Hawkins, and Rachel Grace (Hawkins) Hess, were among his biggest fans at family karaoke gatherings, and he always got a giggle out of his niece Jessica Louise Scott. He was not biased and enjoyed music of all genres, including music of faith. Music and language have close links and his music spoke for his heart when words did not come easily.

He shared his love of music with those he cared for by creating mix music cassettes in the early 80’s before “mix tapes” were a thing; eventually graduating to burning CDs on his Mac in the early days of the internet. DJ Dave entertained at many weddings and was a karaoke host and DJ at many local businesses in Tacoma and the surrounding areas.

His quick wit and sense of humor has kept his family and friends laughing for the past 56 years and his presence will be dearly missed.

A memorial celebration will be held at:

To send flowers to the family or plant a tree in memory of David Scott, please visit Tribute Store