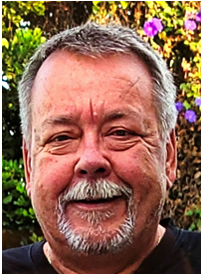 Timothy William O’Brien, was born in Puyallup, WA on February 18, 1955. He passed peacefully at home on January 15, 2021, at the age of 66, after a brief battle with cancer. Tim’s sparkling blue eyes will now live on in heaven.

He was a lifelong resident of Tacoma and recently retired in 2020 as a co-founder and owner of Legends Roofing Co. He was well respected in the industry because of his honesty, integrity, and being a man of his word.

He was a stud on the dance floor with his signature “gator” dance move. Only man we know to have been injured during the performance and simultaneously attract his future bride, Mary Lou. They wed shortly thereafter, and he took on the challenge and responsibility of raising Jake and Corbin as his own kids. He gave them unforgettable life experiences and lessons with his approach to life being to work hard, play hard, and be accountable. Tim’s greatest joy and feeling of accomplishment was being able to be a part of Jake and Corbin’s life and being a proud father and “Poppy” to his wonderful grandsons.

Tim will be missed by a large circle of friends and family who he loved being around and sharing adventures in boating, riding his motorcycle, or simply getting together and watching a Seahawks game (when they were winning).

If you were Tim’s friend, you knew how much he cherished that friendship. He was a true friend to many people and would always be there for you.

In lieu of flowers, please consider giving a donation to Multicare Hospice, who were instrumental in providing him comfort in his final weeks.

Funeral arrangements will be announced at a later date.

To send flowers to the family or plant a tree in memory of Timothy O'Brien, please visit Tribute Store