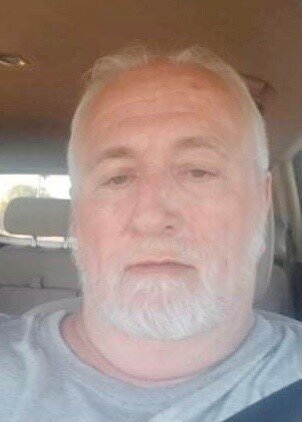 Jerome(Jerry) Joseph Gilman passed away at home on August 27, 2021. Gone too soon at the age of 58, Jerry's story was not finished, and his loss is felt very deeply.

Preceded in death by his father Leo Gilman and step-father Bill Sanders. As well as his grandparents Henry and Florence Goetz and special Uncle Bernie Goetz.

Jerry served his country with honor in the US Army and was stationed in Germany in the early 1980's. He was a social member of the VFW Post 969 on McKinley Ave in Tacoma, WA.

After serving in the military, Jerry enrolled in an apprenticeship for the carpenters union starting a career he loved. Jerry was a member of the Carpenters Union #470 for 37 years. While working many years for Turner Construction, he worked on the Seattle Super Sonics Coliseum Bar and Grill, Seahawks End Zone Store and remodeled Paul Allen's Box Suite at the King Dome. Jerry was a perfectionist and excellent at his trade. He was always ready to lend a hand, advice or directions to family and friends.

Jerry's passion from a young age was motorcycles. He loved riding with his wife Teddi and their friends. Jerry was coordinator of the Prodigies Motorcycle Group for 6 years. During his time there, he participated in toy drives for Mary Bridge Children's Hospital, fund raisers for Seattle Children's Hospital and trips to Sturgis, SD.  Also a member of the Prodigies, "Son" Jeff along with wife Rebecca went on many rides with Teddi and Jerry.

You have left our lives, but you will never leave our hearts.
Rest In Peace Jerry.

To send flowers to the family or plant a tree in memory of Jerome Gilman, please visit Tribute Store