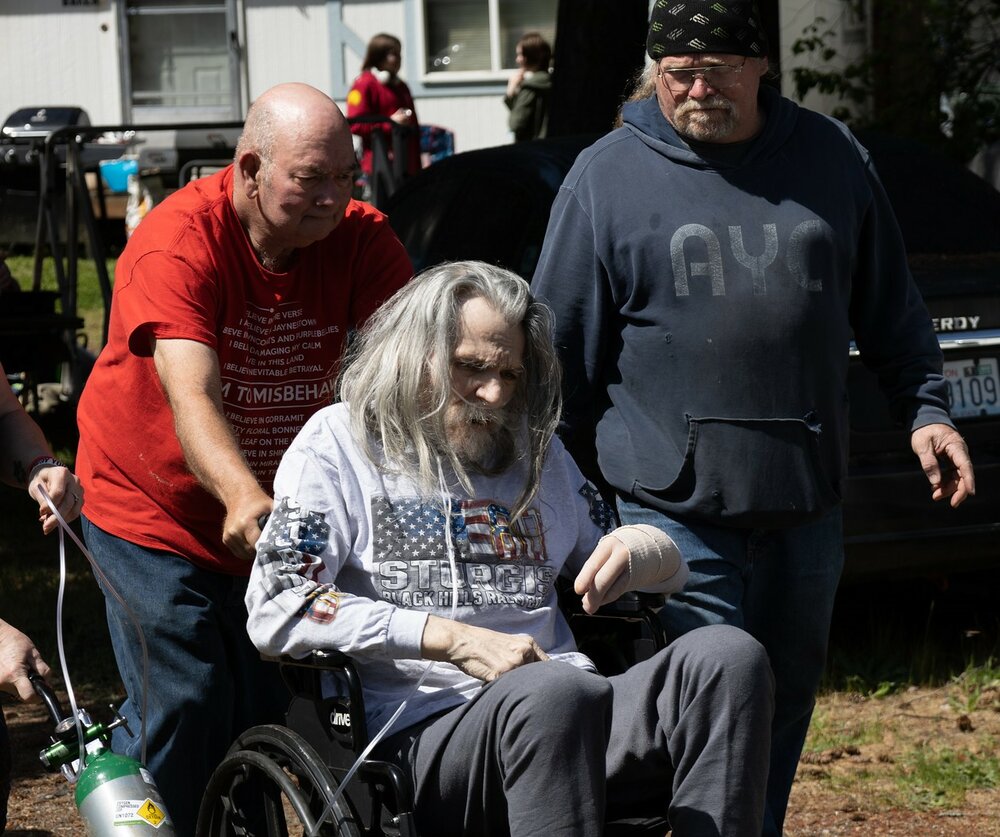 Eddie Dwayne Nichols was born October 13,1955 to Dan and Charlene Nichols and died June 23, 2021 from complications of lung cancer.

In 1973 Eddie enlisted in the United States Marine Corps and was stationed on the aircraft carrier USS Duluth (LPD-6) which assisted in Operation Frequent Wind - the evacuation of Saigon at the end of the Vietnam War. The experience was one which he discussed with only a few people and it affected him immensely. He was honorably discharged in 1977.

Eddie purchased his first Harley in the mid 80’s and went on many trips to Daytona Bike Week and Sturgis. In March 1989 he suffered a life-altering traumatic brain injury returning from Daytona Beach. He bought his last Harley three months later and went to Sturgis that fall. He made many more trips to Daytona Beach, FL and Sturgis, SD and numerous points in between. His last trip was in 2015 for the 75th anniversary of Sturgis.

He loved living life whether that meant at Patt’s house (Mom 2) or teaching his numerous younger siblings how to drive or getting chocolate milk and donuts for his nieces and nephews. He ate Subway footlongs and/or Dominos pizza daily. He was an extremely independent man. He did everything his way, on his own terms, even after his diagnosis of lung cancer in 2017.

He will be missed by all who were fortunate to know him.

Cremation arrangements were made through Edwards Memorial Funeral Home and Crematory. A Celebration of Life was held August 21, 2021 and a Committal Service, with Military Honors, was held August 23, 2021 at Tahoma National Cemetery in Kent, WA.

To send flowers to the family or plant a tree in memory of Eddie Nichols, please visit Tribute Store