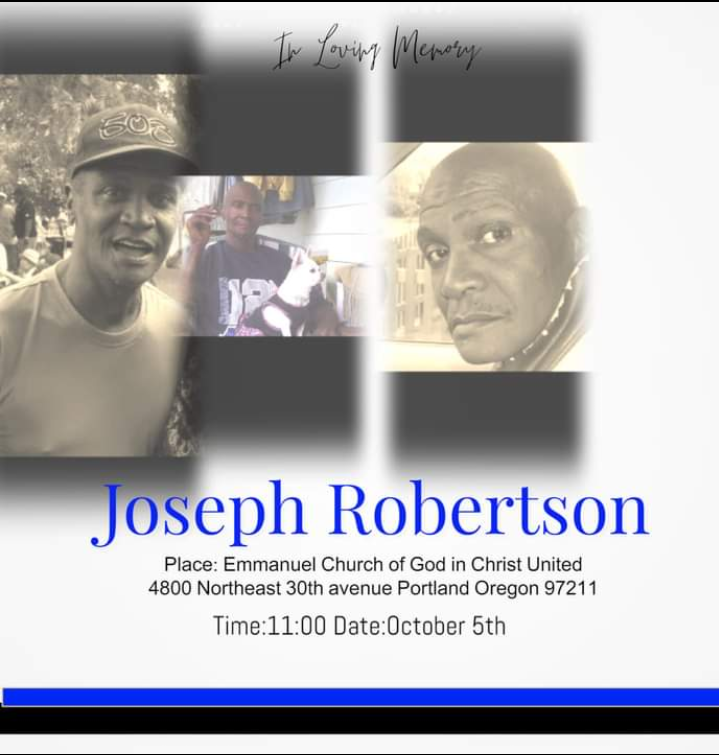 Joseph Royce Robertson was born in Portland, Ore on April 29th 1951 to the late Joel Robertson and Ruthy Robertson Williams. Joseph left this life on September 21, 2021 at 7:39 P.M.

Joseph, Joe, Jody, Papa Jody and OG were some of the names his friends and family referred to him as but most people called him Bunkie. Jodie loved to travel and fish and was someone who could not swim and did not like water but when relaxed in the boat he had a wonderful time.

To send flowers to the family or plant a tree in memory of Joseph Robertson, please visit Tribute Store