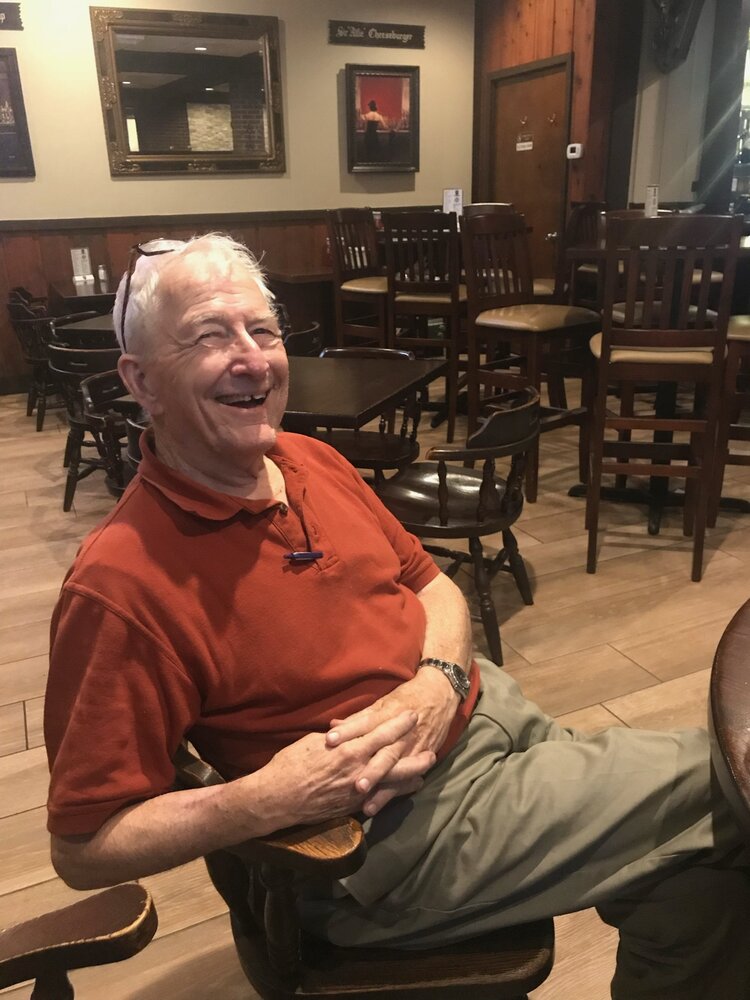 Marty was born on May 3, 1931 in Lawton, Oklahoma to the late Wilhelm Friedrich Ludwig Schumacher and Evelyn Maxine Schumacher (Smith). His family migrated West to Colorado when he was a boy, and then to Oregon and Washington where he spent his formative years. Marty graduated from North Kitsap High School in Poulsbo, Washington and thereafter served in the U.S. Navy during the Korean War as Radioman Third Class. Marty attended Seattle University, graduating with a Bachelor of Science Degree, and later taught physics at Seattle University while initially pursuing classes towards a Master’s Degree in Physics at the University of Washington. Marty met his late wife, Cathi, while attending Seattle University, and following the birth of their first two children, relocated to Illinois for a job with Argonne National Laboratory. Marty subsequently retired from the Nuclear Regulatory Commission following a long career as a Health Physicist inspecting nuclear power plants, including time spent at the infamous Three Mile Island during the 1979 meltdown accident.

Marty was known for his laser quick wit, integrity and unmatched intellect. A renaissance man in the truest sense, his talents and interests spanned the gamut -- from a love of the Clancy Brothers and opera, to science and sailing. His many hats included that of soccer coach, baseball coach, square dancer, physicist, fly fisherman, crossword puzzler and punster. Marty made a lasting impression on those who knew him, and we will all miss that twinkle in his eye.

A funeral service is scheduled for Friday, September 10 at Blessed Sacrament Catholic Church, 5050 8th Avenue NE, Seattle, Washington 98105, at 9:30 AM, with a viewing at 9:00 AM. Off-site reception to follow. All are welcome to attend and celebrate Marty's life. In lieu of flowers, the family asks that you please consider donating to a charity of your choice, or to treat yourself to a martini (with extra olives) in Marty’s honor.