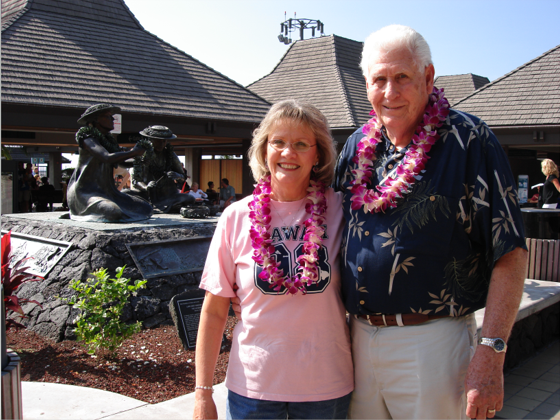 Marilyn Wren was born January 13, 1946 in Vancouver Canada as Marilyn Smith a Canadian raised in Penticton until
she was 13, the first child born in her family.  The family relocated to Ocean Side CA in 1959 where she attended
Carlsbad Gospel Tabernacle and enjoyed singing in the choir.  Marilyn relocated to Glendale in 1969 and attended a
Four Square Church.  She remained in the LA area through 1975 when she returned to the Carlsbad area.

Marilyn married Keith Wren in September of 1981 and they both enjoyed being in the choir in San Diego.  They
relocated to Tacoma WA in 1982 and made that their home, building their own home. Marilyn and Keith sang in the choir
at Life Center Church in Tacoma for some time.

Marilyn worked as a preschool teacher as well as a missionettes leader before she began her career with Alaska
Airlines. Her career with Alaska Airlines as a Reservation Agent was one of the highlights of her life.  She was
honored many times for her professionalism.  She enjoyed her work and met and maintained many friendships.  She
worked hard for her customers always answered her phone with "Alaska Airlines" this is "Nancy" how can I help you
today.  After 15 years Marilyn retired but missed her job and her customers and always ended her calls with Thank You
for calling Alaska Airlines Have a Nice Day.

Marilyn was an adventurous sort in her younger years.  She liked her sports cars, racket ball, scuba diving, and
hang gliding.  Always ready for a new adventure.  She settled down later in life but still really enjoyed her travels.

Marilyn loved her grandchildren and cherished this letter that reads "Your gentleprod at my graduation, 15 years ago; about a boy who was so sweet I just had to get back together with him; I very likely would have made a different choice. Yet because of you I am married to this amazing man, Thank You"

Marilyn and Keith had a heart for missions and support a Phillipine Church.

Marilyn was in a lot of pain the last bit of her life, and is now without pain, dancing and singing with our Lord
and Savior.

Marilyn will be missed but we have the blessed hope in Jesus that we will see her again some day.

For He will give His angels charge over you to guard you in all your ways;