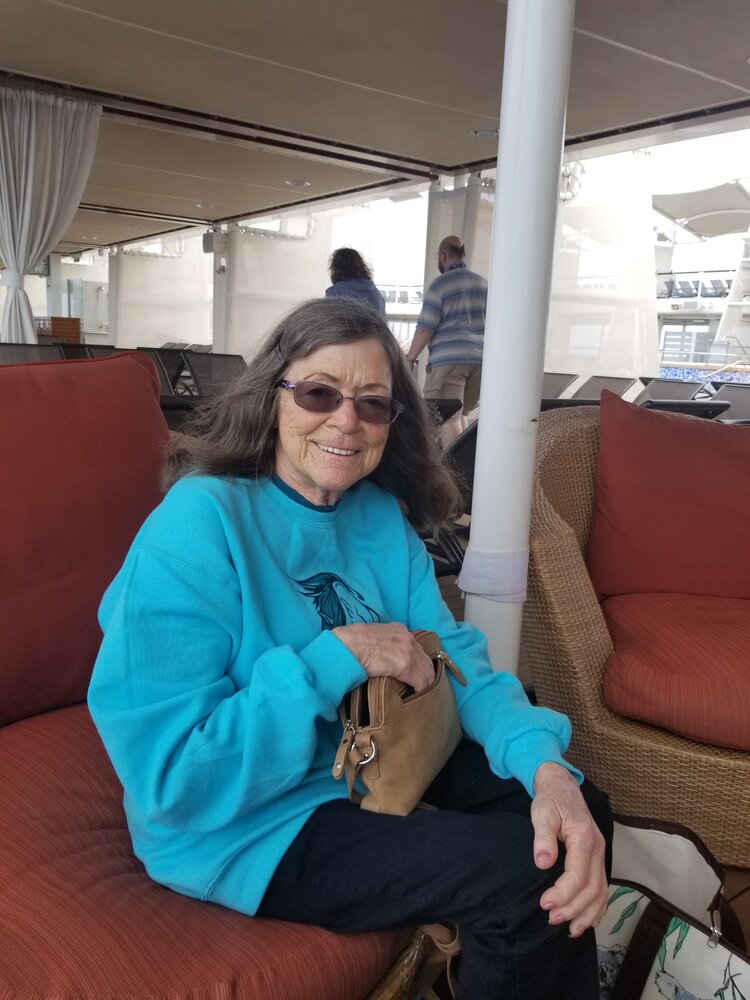 Pamela (Penny) Earline Reed born August 9th, 1948 in Everett, WA passed away in her home in Graham WA on August 5th, 2021 just four days before her 73rd birthday. Penny passed away after a battle with diabetes and cancer. Penny was preceded in death by her parents Earl and Marnie Adsit, brother Bill, and her sons Jeff and Steve. She is survived by her husband Dan Reed, son Travis Wilson, daughter Dima Campbell, brother Randall Adsit, and niece Marnie. (And by her beloved dogs Blue and Barkley.)

She was a genuine person who cared deeply for those around her. While Penny could be a private person, she had a sharp mind, quick wit and made friends easily. She was accepting of those that were around her. Penny met her life partner Dan in the late 1970s. Penny and Dan were married on June 19, 1978, with their children and friends present. The team owned and managed a restaurant and lounge In Cashmere, WA until 1986. During this time, they also homesteaded a property at First Creek (Lake Chelan). All structures built on the property were based on Penny’s own designs.

From an early age, Penny’s love of all creatures was apparent. As a young girl, her love of horses led her to become an accomplished barrel racer. In later years she rescued horses and spent time riding through the Arizona and New Mexico deserts. Her horses remained close to her throughout life via her collections of cowboy boots, horse ornaments, and model horses neatly displayed in her home. Her love of animals did not stop at horses though. Any animal that needed a home was quickly adopted into the Reed family. Cats, dogs, pigmy goats, guinea pigs, and ducklings have all been seen following Penny through her home. Notably, she was state and federally licensed as a bird rehabilitator. She received baby birds from veterinarians or local students and nursed them back to health. Crows, ravens, quails, ducks, swallows or even a homeless chicken – were all welcomed. In her lifetime she saved and released easily over 1000 birds to the wild.

Idle hands were not something that Penny ever had. There was always at least one creative project underway. Her projects included building intricate miniature furniture to scale for handcrafted dollhouses, knitting lifelike yarn kittens, and baking the most amazing Christmas cookies. Penny also became an avid and talented bead worker. Using tiny seed beads, Penny crafted ornate earing, necklaces, ornaments, and chest pieces which brought her subject matter to life in her hands. Her craft was amazing and will be part of the legacy that she leaves to those she loved.

In 2019 Penny went on a trip of a lifetime with Dan and several of their closest friends and family. A sixteen-day cruise in Australia. Although she loved spending time in the company of the family, the highlight of this adventure for Penny was of course the animal wildlife refuge. Her memories of petting the koala bears and kangaroos would light up her face as she shared her stories of that adventure.

Penny has been well-loved and will be greatly missed as she moves on to her next journey.

In lieu of flowers, the family requests that remembrances be made as a contribution to an animal shelter, rescue site, or ASPCA.  If you truly wish to send flowers, please send them to a loved one to help brighten their day