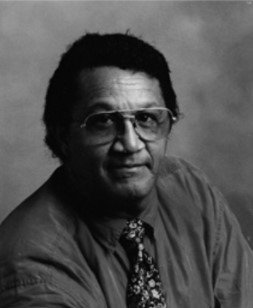 Big Beautiful Bob, as he liked to be called, was born on April 18th, 1934 in Beaumont, Texas. He moved to Chicago when he was eight and was raised by his Aunt Mable. Upon turning 18 he joined the Air Force during the Korean War and spent time stationed in Okinawa, Japan.  He retired as a Master Sergeant after 20 years of service.

In 1977, Bob settled in the Pacific Northwest working at McChord Air Force Base as a Systems Analyst. He became a born-again Christian, enjoyed singing gospel songs to the elderly at nursing homes, and playing golf with friends and family.

Bob labeled himself “uncommon by choice” and had a personal drive to always be his best. It showed as he struggled to maintain his independence after a severe stroke in 2011. Beating the odds, he was able to care for himself and finish life on his own terms. He touched the lives of many along his journey and he will be missed.

A funeral service is scheduled for 3pm on August 3rd at Tahoma National Cemetery where he will be laid to rest.

To send flowers to the family or plant a tree in memory of Robert Mitchell, please visit Tribute Store