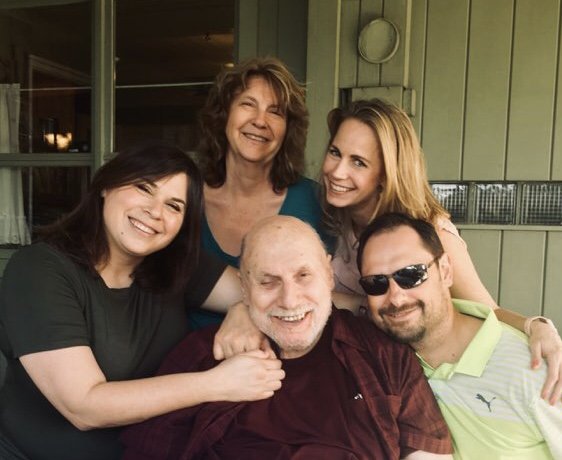 William Arthur Texera was born in Boston, Massachusetts on June 21, 1938, the son of William Michael Texera and Lina (Giglio) Texera and passed peacefully out of this world on July 19, 2021. He is survived by his wife of 52 years, Jean (Jory) Texera, daughter Laura, son Matthew, daughter-in-love Danielle, grandchildren Carter and Lily, brothers Ron, Don and Michael and many nieces, nephews and cousins. Bill, aka ¨Tex¨, was an adventurous outdoorsman who loved the wilderness. He graduated from Boston Latin School, Tufts University in Boston, earned his Master´s Degree in Zoology from Syracuse University in New York, and studied Desert Wood Rats in Deep Canyon near Palm Desert, California for his Ph.D. studies at the University of California at Riverside (UCR). Bill and Jean met at UCR in 1968 and were married on June 28, 1969, She loved his energy, free spirit and intellectual curiosity, not to mention his unfailingly kind and loving heart. In 1971, they joined the Peace Corps Environmental Program and traveled to Magallanes, Chile where they spent 3 ½ years studying the mammals and birds of the region and traveling to other parts of Chile, Argentina, Tierra del Fuego, Peru and Bolivia. Son Matt was born in Punta Arenas in 1975. Bill published several papers on the wildlife of the region through the journal of the Instituto de la Patagonia, Punta Arenas during his tenure there. After spending the next three years between California and Massachusetts, the family moved to LIma, Peru, where Bill was employed by the Organization of American States to advise Peruvian scientists in preparing environmental impact statements. Daughter Laura was born in September 1978 in Lima. The family returned to California in 1981. The next 15 years were spent raising the children, working a variety of jobs and dealing with the increasing symptoms of his Multiple Sclerosis which had first appeared in 1975 in Chile. He eventually retired from Riverside County Schools in 1995 after his symptoms no longer allowed him to work full time. During this time, he was also active with Pathway Christian Church in Riverside, CA, where he taught Sunday School and participated in the men´s activities. The family loved camping at the beach and attending Matt´s many soccer games. Bill also coached tee-ball for Matt´s team. From then on, Bill became the loving heart of the family. He welcomed our daughter-in-love Danielle to the family with open arms in 2000 when she married Matt, rejoiced when his wife Jean earned her MSW, and with Matt and Laura when they both graduated from UCR and went on to earn Master's degrees from the University of Texas at Austin. The 2000s were spent traveling as much as possible, and in 2010, the family welcomed our first grandchild, Carter William. Lily Estelle followed in 2013 and Bill was enchanted with them both. They only knew their Granpa in his hospital bed but simply adored him. Bill was always the ¨baby whisperer¨ in the family and could calm the fussiest child. They just felt the pure unconditional love he had for them. They learned compassion, empathy and not to be afraid of disabled people from him. During the last 20 years of his life, Bill was hospitalized multiple times as his MS progressed and he suffered bouts of sepsis and pneumonia. His caregivers Shelley, Margaret, Denise, Nicole and LaDonna were especially kind and good to him and enriched his life with their good humor, patience and excellent care. The family moved to Fircrest, Washington in April 2021. Bill loved the new house and the Washington weather and especially enjoyed spending more time with daughter Laura. Matt, Daniielle, Carter and LIly arrived to spend the summer in June and we had two wonderful weeks together after being separated for a year and a half due to the pandemic. Bill became extremely ill with an infection after minor surgery in late June. His final illness was crushing and heart breaking but we were so grateful to be able to be beside him throughout. We are so thankful to the medical team at St. Joseph´s Hospital in Tacoma and to Kaiser Hospice staff for their unfailing kindness and compassion, and to our many friends and family who have reached out to us in love. A graveside service will be held at Calvary Cemetery (5212 S. 70th St, Tacoma, Washington) Thursday, August 5, 2021 at 11 am. Please send any donations in lieu of flowers to MSHH Donor Closet, 409 Howell Way, Edmonds, WA 98020