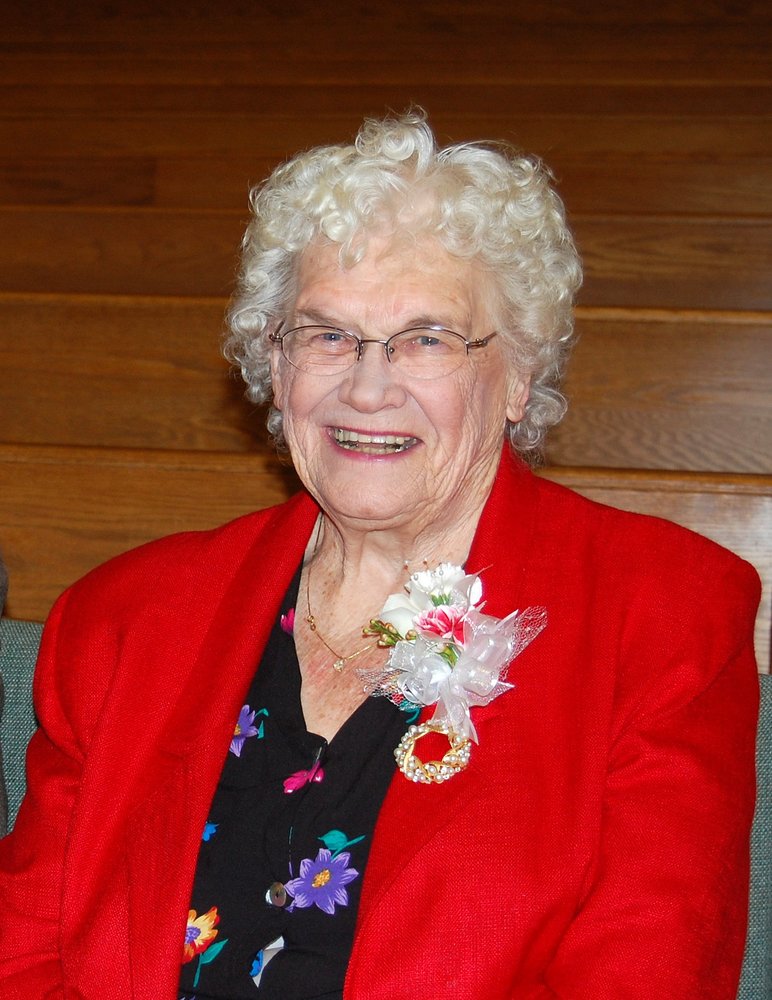 A native of Tacoma, the second of four children of A.L. Otto Weber and Blanche Genève (Byers), Patricia survived many challenges that helped shape her to be upbeat and happy, always looking at the bright side of life.  She was always thankful for what she had, with a humorous approach to all of life’s offerings, and strongly independent.

Patricia attended Holy Rosary School and graduated from Saint Leo’s High School in 1943.  During early childhood she contracted and survived Polio.   The disease left her with a slight paralysis, yet she found the strength to work around it, never drawing attention to this disability.

On June 18, 1945 she married PFC James A. Beyea, only to become a widow 21 days later.  The entire family was shocked but more resolute to survive the hardships of WWII.  Patricia told many stories of WWII rationing, shortages, and her joining the workforce at that time.  While working the telephone switchboard at Sperry Mill on Ruston Way, she met Daniel D. Patjens, employed there after his service in the Navy.  They married in 1948 and they had three sons; Greg (1949), Mike (1954), and Dan (1957).  She handled daily life with poise and grace, actively working as a Cub Scout Den Mother, PTA Leader, and still enjoying time with the neighborhood “coffee klatch.”

Patricia had a career in the Technical Services Department of the library at The University of Puget Sound where she worked until retirement in 1993, after seeing all three sons graduate there.  Throughout this same time the Patjens’ household saw nightly family dinners served promptly at 6:00.  Her kitchen was her kingdom, the house always clean and tidy.  This home was the gathering place for all holidays, birthday parties, or just regular family get togethers.  Pat cheerfully provided for others as wife, mother, employee, volunteer, party planner, and gracious host.

At age 93, with her eyesight failing, she gave up independent living in the family home and took residence at The Weatherly Inn, Tacoma.  She truly enjoyed her years there and the ability to socialize and remain active.    In a final test of her resolve, she survived the Covid-19 outbreak and the ensuing lockdown.  Living alone in her apartment without sight was probably one of the biggest challenges of her life, yet she kept a positive attitude.  We were blessed with her sharp mind and memory, making all interactions a joy and a laugh.  She was an inspiration to all who knew her.   Patricia was preceded in death by Daniel D. Patjens, her husband of 65 years, and brothers Richard and Hugh Weber.

Patricia is survived by her sons Greg (Rebecca) of Oro Valley AZ, Mike of Tacoma, and Dan (Karen) of Fircrest and a second generation of five Patjens grandsons, in order; Brett (Julia), Blair (Darby), Austin (Nicole), Blake (Britnee), Evan (Miriam), ten great grandchildren, numerous nieces and nephews and her only remaining sibling, Ann of Orcutt, CA.  At Patricia’s request, no service will be held.  In lieu of flowers a contribution in Pat’s name to your favorite charity or to The Weatherly Inn Activities Department would make her smile.