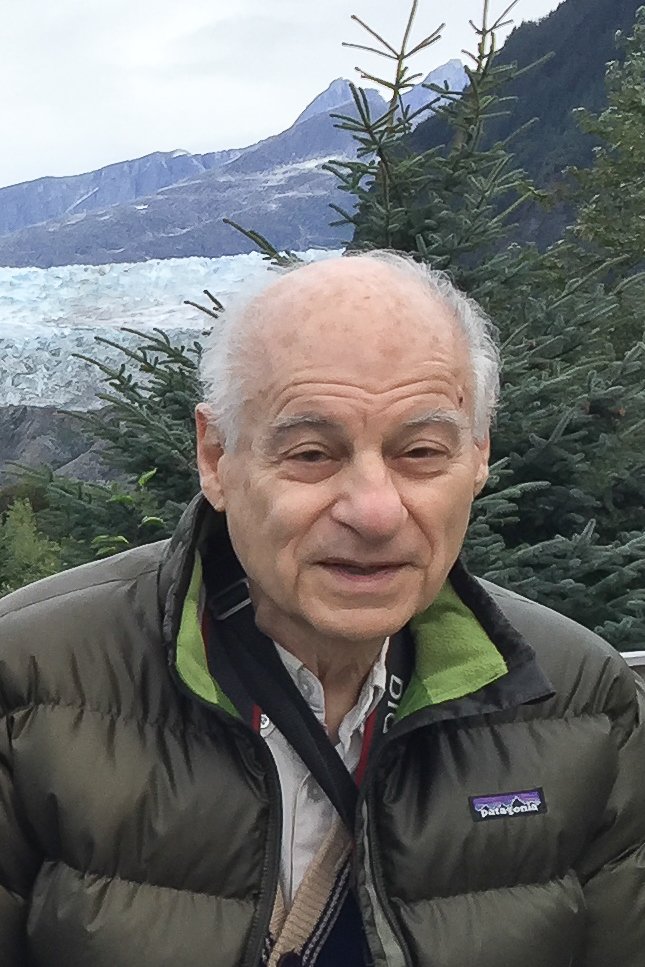 Lou Young, 88, died Thursday, June 24, after years of struggle with Alzheimer’s disease. The end, however, was quick and peaceful. His last days were spent at home with Jean, his beloved wife of nearly 67 years, his children, grandchildren, great-grandchildren, and devoted caregivers.

Lou was born on March 18, 1933, in Elmira, New York, to Charlotte “Din” Herne and Louis Stanley Young. Three of his lifelong passions were cemented during childhood – Samoyed dogs, model airplanes and birdwatching,

His first Samoyed, Mike, acquired by his mother when Lou was just 18 months old, was the “best” Samoyed, possessing (according to Lou) supernatural intelligence and sensitivity. Trailer, the first family dog adopted after Lou was married with four kids, was a close second. Other pet Samoyeds were loved, just not venerated.

He figured out how to build rubber-band-powered model airplanes when he was in grade school, and spent his life perfecting his own models, going to model airplane contests, and building with friends, clubs, his children, and his grandchildren. In 1998, after he retired, he began teaching classes in model airplane design and construction for the Oakland Cloud Dusters, with a passionate conviction that the hobby should live on.

He also became a birdwatcher as a youngster. He claimed he identified his first bird – a red-headed woodpecker – at age 3. A member of the Audubon Society and supporter and volunteer at the San Francisco Bay Bird Observatory, he had nearly 600 birds on his “life list.”

Lou attended the University of Rochester, graduating in 1955 with a bachelor’s degree in physics and five job offers. He took a job with the National Advisory Committee for Aeronautics (NACA) at Langley Field in Hampton, Virginia.

NACA became NASA in 1958, and Lou worked there as an aeronautical engineer until 1982 – at Langley; Downey, California, and Moffett Field, California. He made major contributions to projects including Apollo, Biosatellite, InfraRed Astronomical Telescope (IRAS), Shuttle Infrared Telescope (SIRTF), and Gravity Probe-B. Lou left NASA in 1982 and went to work in the Research & Development Division at Lockheed Missiles & Space Co. in Palo Alto, California. He worked as a supervising systems engineer on the Gravity Probe-B Program until he retired in 1995.

Some of Lou’s many other passions included fishing for steelhead on the San Lorenzo River, hiking throughout California, and traveling with Jean. Their adventures included trips to Europe, Belize, Costa Rica, Australia, Ukraine, an Alaskan cruise, and many, many long car and RV journeys in the United States. He also loved music, especially old-time New Orleans jazz, and amassed a huge vinyl collection. He was also fond of a more recent musical discovery – Lady Gaga – whose voice astounded him.

Lou will be cremated at Edwards Mortuary, of University Place, Washington. At his preference, there will be no service. In his memory, please consider a donation to the Alzheimer’s Association, www.alz.org, or join an Alzheimer’s walk near you this fall.

To send flowers to the family or plant a tree in memory of Lou Young, please visit Tribute Store