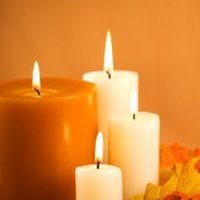 , Came into this world Christmas day,  25 December 1941 in Aberdeen Washington. . He passed away peacefully in his sleep 12 June 2021 at his home in Tacoma Washington.

He was a big man both in size and spirit. Though he was born in Aberdeen he was raised on a farm in Goldendale Washington.  During his life he was a logger a mechanic a handyman, and he truly was a jack of all trades and I thank my lucky stars for him being my father and mentor. I would not be the man I am today were it not for him.

In his 79 years he touched many lives and not a single one in a negative way. He was a loving and tolerant man who believed every person should be judged on their actions and how they treated others. He never held ill will for any individual.

In his lifetime he had 4 children of his own with my Mother June E. Cuff. They were Teresa , David , Cassandra and myself Patrick. He raised and loved my oldest sister Roberta as his own while he was married to my mom. He passed away having 10 grand children and 16 great Grandchildren.

He is now at peace and has  entered the Kingdom of God and is once again with my Mom, my baby sister Jeannie  and my Brother David,

To send flowers to the family or plant a tree in memory of Arnold Cuff, please visit Tribute Store
Print
Share A Memory
Send Flowers