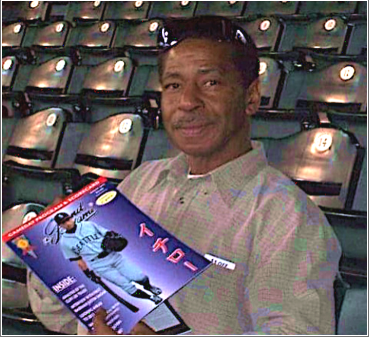 Mr. Robert Leonard Jr. was born on November 10, 1954 in Junction City, Georgia to the late Robert Leonard Sr. and the late Annie Mae Leonard.  He was the second oldest of 8 children.  He was preceded in death by his parents, one brother Leon Leonard, and one sister Thelma Blount.  Mr. Leonard transitioned his earthly home to be with the Lord on the early morning of Saturday, June 5, 2021.

He attended Ruth Carter Schools and graduated with the Central High School – Talbotton class of 1973.  Upon graduating from High School, Mr. Leonard joined the United States Air Force and continued his education by taking college courses throughout his military career.

During his time in the Air Force, Mr. Leonard and his family lived in several locations across the world including England, California, Turkey, the Azores, and Washington.  This fueled his passion for travel and seeing the world taking his family on vacations to Italy, Germany, Spain, Greece, England, and a cross-country road trip from Georgia to Washington state.

Mr. Leonard enjoyed spending time with his family watching movies, playing video games, and throwing pebbles and learning cheers with his granddaughters who often called him “Ampy”.  He loved fishing, watching baseball, football, and Western films and series.  He also had a passion for fireworks, grilling and cooking, especially the Turkey for Thanksgiving dinner.
the one to keep everyone calm.

Life can never stay the same, no matter how we try
Our hands can never stop, the clock of life from ticking by
But love remains, unchanging, in the care of sorrowing hearts
For as the love of life is stilled, the love of memory starts

Services will be Held