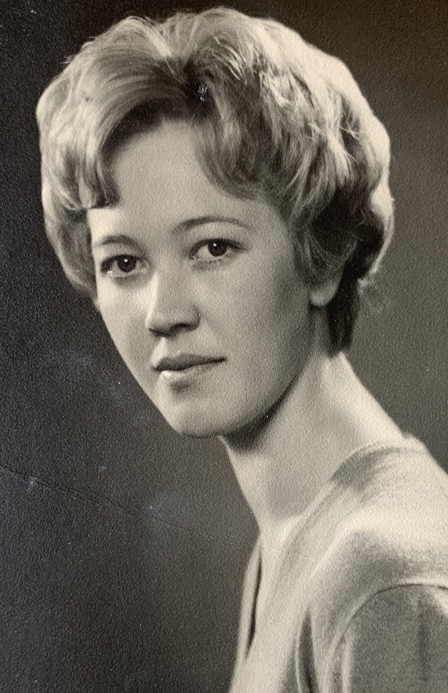 Christa Zwicknagel Anderson Miraldi, born on March 27, 1942, the daughter of Michael Engl and Maria Zwicknagel of Kitzbühel, Austria, passed away on May 20, 2021, at home in Gig Harbor surrounded by her 3 daughters and loving husband, Carl, after a short battle with cancer.

Born and raised in the majestic Alps, Christa could ski soon after she learned to walk. She was an exceptional athlete. As a member of the local ski team, her speedy runs down the world-renowned Hannenkamm earned her the nickname,“ Wild Pig.”

Christa studied hospitality and business in school. She then went on to an apprenticeship at the restaurant Alt Kitzbühel. It was there, under the watchful eye of her God Mother Frau Unterberger, that the foundation of her culinary skills were laid.

In 1959 she married Coleman Wells Anderson, an airline pilot for TWA, who was in Austria on a ski vacation, and they moved to Connecticut. She would return many times each year with her children to Kitzbuhel. It was a long journey, but exposing them to all the love of family and friends and the beautiful surroundings where she grew up were very important to her. During her last visit in Oct of 2019, a dozen of her school friends gathered for an afternoon of dessert and coffee hosted by the mayor himself, Klaus Winkler, a member of a family she had known all her life.

1964 the family moved to Burlingame, CA where Christa embraced all that San Francisco Bay area had to offer. There were trips into the city to visit the zoo or Fisherman’s Wharf and, of course, go window shopping in Union Square to stay up on the latest fashions. She was the quintessential homemaker and hostess. Her girls remember fondly all the time she spent supporting their interests whether it be swimming, tennis, painting, sewing or gymnastics. She got them to where they needed to be.

When school was out for the summer, she would load up the station wagon and cruise up the interstate to Home, WA, to stay with her in-laws on the bay. There she would visit with her sisters-in-law while her girls played with their cousins on the beach. She sourced vegetables from the local farmers, cooked up the catch of the day, and make pint after pint of blackberry jam. Friends from far and near would come to visit. Many fond memories were made.

In 1972, the family relocated to Home for a few years, then finally moved to the town of Gig Harbor. With the girls settled in school, Christa decided to explore opportunities outside the home. She accepted a hostess position at the landmark Shoreline Restaurant and then quickly worked her way into management. There she made many more life-long friends and, most importantly of all, met Carl Miraldi, her best friend and husband for the last 40 years.

In 1981 Carl and Christa were married on Maui and returned often there with family. They enjoyed life together. They traveled abroad and loved cruising throughout the Puget Sound and up into Canada on their vessel the Carl B3. Together they entertained lavishly at home. Christa was known for her generous invitations to friends, family, and strangers. The events were memorable. She paid attention to every detail. Later she ventured into a successful catering and cafe business in Lakewood appropriately called Christa’s.

She was a faithful participant in the famous Lenni’s Exercise Group for 25 years. First came the workout and then time spent with each other over a latte at the local coffee shop. More true friendships were made.

In later years, Christa discovered a true passion for expressing herself on canvas. Her favorite medium was acrylics. She looked everywhere for inspiration and used strong vibrant colors that fill the rooms of many homes today.

Christa and Carl were loving dog owners, first the Dobermans and then their Chihuahuas Daisy and Stella, who brought them so much joy in their later life. They entertained, gardened, traveled, parented, and shared a unique oneness in their life together.

Christa is survived by her husband Carl Miraldi; her daughters, Deborah “Tom” Nolan of Friday Harbor, WA; Katy “Dan” Little of Austin, TX; and Gabriele Anderson of Gig Harbor. She was the adoring "Oma” of 5 grandsons, Corey, Kyle, and Nash Nolan; Riley “and Sara” and Cole Little. She is cherished by many nieces and nephews and their families.

We will all miss Christa so very much.

To send flowers to the family or plant a tree in memory of Christa Miraldi, please visit Tribute Store
Print
Share A Memory
Send Flowers