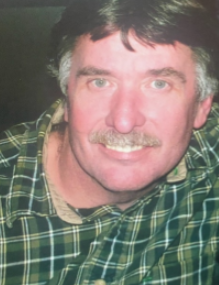 Benjamin Lee Bechtel was born in Sacramento, California on January 6th, 1962 to Percy and Gladys Bechtel. In 1986 Ben came to Juneau, Alaska. While in Alaska he worked in a Christian children’s home while attending Word of Life Church, where he met his wife Chris and her son Jacob. He was married on April 25th, 1987 in Juneau, Alaska. Ben and Chris were married for 34 years.

He served with his father-in-law in the church for many years. Ben took two mission trips to the Philippines where he and his father-in-law preached the gospel for several days, saving many, many people. He loved working on cars and enjoyed taking his sons Michael and Jacob to car shows and monster truck rallies. His daughter Rachelle and he also had a very special connection he called her routinely to just talk and see how she was doing. He loved spending time with his four grandkids and made them all feel loved. His unshakeable faith was evident in his words and actions, as well as his love of Christ. Not a single person he met didn't end up hearing of the goodness of God.

Though his health suffered greatly for many years, he never let it get him down and he never doubted his purpose. His smile would light up a room; his happy-go-lucky personality was infectious. Benjamin passed away on Thursday, May 27th. He is preceded in death by his father Percy Bechtel and his mother Gladys Bechtel. He was loved so much by his wife Chris, his sons, Jacob and Michael, his daughter Rachelle, and his daughter-in-law Andrea Bechtel. He also leaves behind his four grandchildren, Aubree, Brayden, Devyn, and Lilya. He will be missed so incredibly much.

To send flowers to the family or plant a tree in memory of Ben Bechtel , please visit Tribute Store

Share Your Memory of
Ben
Upload Your Memory View All Memories
Be the first to upload a memory!
Share A Memory
Send Flowers