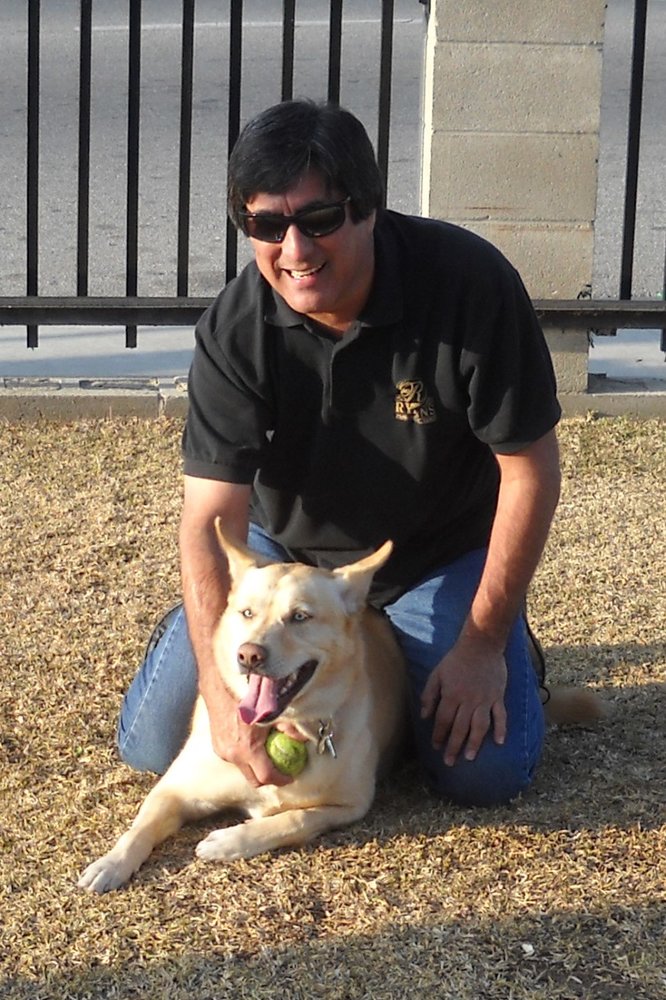 Robert was born November 6, 1952, in Bakersfield, CA the oldest child of Robert P. and Sofia (Arismendez) Ozuna  and  passed away unexpectedly while vacationing in Seattle, WA on May 17, 2021.

Robert was devoted to his family throughout his life, often caring for his 95-year-old father.  They enjoyed  going out for breakfast, watching sports, and going to the Kern County Fair together. Robert graduated from East Bakersfield High School, where he played drums for the marching band, and attended  Bakersfield College. Robert had recently retired after a successful career working as a draftsman  and mechanical engineer in both the  civil and petroleum  sectors.

In the 2000’s, Robert owned and operated the Britannia Restaurant and Pub with his wife, Glenda. He was also an accomplished photographer, working for the Dale Coyne Indy Racing Team and as a freelance wedding photographer.   He never left on an adventure without his camera. Robert had a passion for adventures. He was never lost; he was simply on a new adventure. He loved to travel and never met a stranger. He made friends easily because of his charismatic personality, introducing himself to anyone who looked interesting or needed help with directions. He always had a map and transportation schedule in his red backpack to easily look up any destination in the city he was visiting. Not only could he show you how to reach your destination, but he could also show you what train or bus to catch to get where you were going quickly.

Robert leaves behind his beloved “Muttamus”, Lucy, A.K.A his long (4) legged, blue eyed blond. Lucy was the light of his days. They would take long walks or bike rides for miles and play for countless hours at the park or in the neighborhood.  Robert knew everybody in the neighborhood, by name including, their 4 legged pals.

Robert was a lifelong fan of the Dallas Cowboys and Los Angeles Dodgers.  He loved watching football, baseball, soccer, Formula One racing, etc.  He enjoyed listening to blues, jazz and classic rock music. He loved building various projects such as scale models out of wood, or platforms for Lucy to see her friends over the fence.

He never stopped learning and loved to read books of all genres and kept his own personal library at home. He relished visiting his daughter’s family in Chicago and going on adventures in -20-degree weather. There could never be enough layers of clothing on these adventures according to him. He also enjoyed collecting trains, visiting all types of museums, and visiting buildings with fascinating architecture. He enjoyed the outdoors and loved camping, hiking in Yosemite, and walking everywhere he went while visiting another city. He adored riding public transportation in the cities he visited to get a true feel of the city. Robert and Glenda shared many hobbies together which included throwing darts, scrabble, dominoes, backgammon, crafting, jigsaw puzzles, barbequing, enjoying a beer on a beautiful night on their patio He also loved collecting all types of maps and writing favorite destinations, or future destinations, on them. In his spare time, he also enjoyed designing and drawing building plans for various types of structures for family and friends.

One of Robert’s favorite movie quotes was “they died with their boots on”.  Well,  family and friends, that’s just what he was doing when his adventure ended in Washington state.  And yes, he had his maps.

His legacy will live on in the hearts and minds of everyone he interacted with.

Please wear your favorite sports shirt in honor of Robert, who loved all sports.

In lieu of flowers, donations can be made in memory of Robert Ozuna, Jr. to the American Heart Association at heart.org.