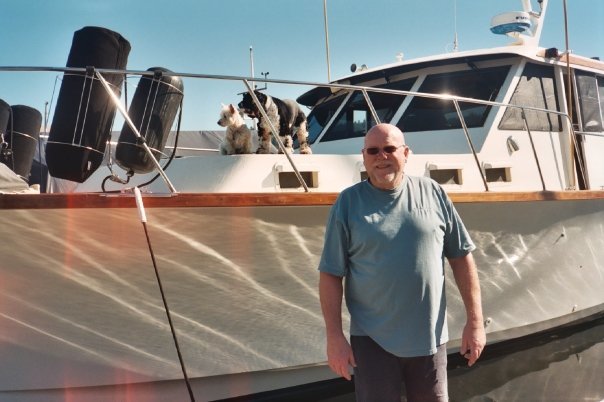 It is with deep regret, that our family announce the loss of Clarke Swanson, at 73 years of age after dying of Lymphoma.   Herbert Clarke Swanson, Jr. was born in 1947 in Lompoc, California.  The youngest of 3 children to Herbert “Herb” Clarke Swanson, Sr. and Dorothy (Riche) Swanson, the family moved to the Ballard neighborhood of Solvang, CA in 1959.

He is survived by his sister Coralee Gaytan of Riverside, CA; daughter Laura Davis of Reston, VA; son Chris Swanson of Puyallup, WA; wife Elaine Swanson-Hicks of Coupeville, WA; as well as 4 grandchildren.

Clarke graduated from Santa Ynez Valley Union High School 1965 before embarking on his first of two tours in the United States Army.  In 1968, Clarke graduated from the San Bernardino Sheriff’s Training Academy, serving as a Police Officer in Chino, CA and Pomona, CA, before re-enlisting in the Army the second time.

He served in the Military Police Traffic Unit at Fort Lewis, WA then left the Army to pursue a career as a truck driver and remained a resident of Washington.  Clarke said that he “tried not to take life too seriously”, but he was serious about his professions.  He spent 20 of his 36 years as a driver hauling Hazardous Materials across the region and the county.  Clarke was honored with multiple Safe Driver awards at his various employers as a truck driver and received commendations during his time in the U.S. Army.

Friends and family remember his large personality, his ability to make others laugh, and keep everyone in a good mood.  He took pride in the care of his home he lived in from 1979 to 1998, affectionately called “The Windex Ranch”, located in the Summit area of Puyallup.

He was well known for a meticulously well-kept yard outside, and inside with the carpets always vacuumed in patterns.  Clarke was also an avid dog lover, owning many Westies and Cocker Spaniels over the years, and taking them on his many adventures across the waters of Puget Sound.

Clarke became passionate about boating and moved from Puyallup, to his ‘floating home’ in 1998, residing primarily in the Gig Harbor area. He retired as a driver for The Boeing Company in 2012 and continued to live aboard his boat “NapTyme” where he also served as an on-site manager at the West Shore Marina.

Clarke held all his friends and family near and dear to his heart, always speaking of them with affection.

The family hopes to hold a memorial service and celebration of life later this summer in the Gig Harbor area.