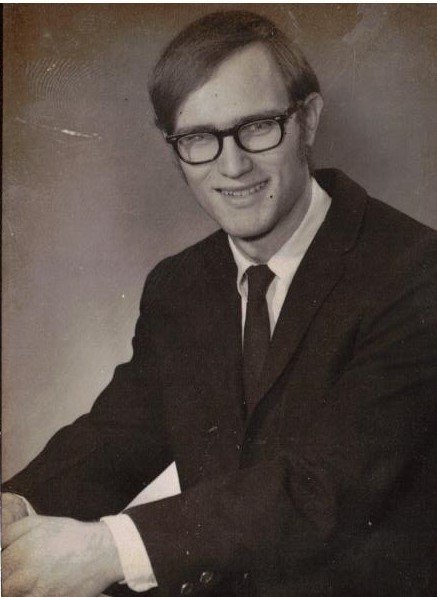 Alzheimer’s took its firm hold of the kind, peaceful man named Cliff Boyce in 2018 and began slowly tearing him from those he knew and loved. Pneumonia finally released him from his bodily prison on Wednesday April 8th 2021 in Tacoma, WA at the age of 72.

Cliff lived his entire life in Tacoma. He graduated from Franklin Pierce High school and then Pacific Lutheran University with a Bachelors degree in Education. He worked for many years in downtown Tacoma at C&G Electronics.  In the 1990’s he taught part time at Pierce College and became a private tutor for those wanting to learn how to use computers.

He loved science fiction in television, movies and especially in books. His house was always filled with science fictions novels that he would be happy to lend you. He loved science of the world as well, from the smallest creatures in nature to the vast cosmos. His curiosity of the world around him was as infectious as his laugh and his excitement in his passions drew you to him. He loved to play ping pong when he worked for the Washington State Patrol as a purchasing agent, and then moved on to love racket ball. He could be found playing racket ball often with his close friend Dave.

He was strict in his principles, never drinking even an ounce of alcohol or smoking. He worked hard every day and struggled to support his wife Jan, and his two children Leslie and Tony. Life threw him many obstacles, but he always persevered. He was of strong will and character, and a good role model for his two grandchildren Jack and Bowen.

The world is emptier without him, but he had struggled long enough. He deserved freedom from his many shackles. His ashes will be scattered back to the Earth he loved so dearly. He will be missed terribly and remembered fondly by all who knew and loved him.