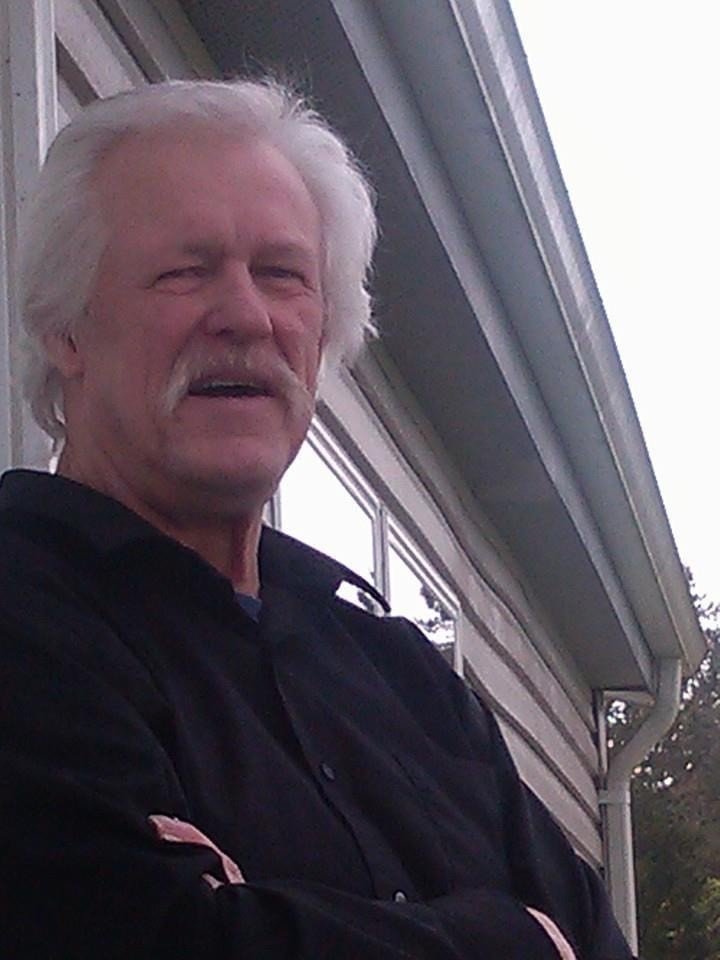 David (Dave) Johnson was born to L. Edward and Dorothy Hunter Johnson on March 6, 1944 in Rochelle, Illinois. He spent his formative years on his family farm in Rochelle. Once graduated he traveled the country and served in the US National Guard during Vietnam. He eventually ended up settling down for good in Western Washington where he worked as a lineman for BNSF Railroad for over 25 years until his retirement. Dave met his life partner, Kathy Nurmikko, in 1983 and they spent 30 years together until her passing in 2013. Together Dave and Kathy raised their combined 7 children and eventually settled in Yelm, WA to spend their remaining years. Dave was a quiet man that didnt miss one episode of Jeopardy and had a knack for answering the final question correctly. He had a burning passion for Seattle sports and often needed a calming down after a Seattle loss. He loved his guitars (especially his Gibson) and taught his partner and interested children and grandchildren to play. His love of music was passed on to all of us. Some of our fondest memories are listening to Dave and Kathy play together.

Dave was preceded in death by his parents, L. Edward and Dorothy Johnson, his partner Kathy and his younger brother Arnold (whom he spoke of fondly over the years). He is survived by his kids and their spouses: Julie Johnson (Evan Dizon), Niccole Johnson, Joseph Johnson, David Johnson, Karlie Johnson, Larry Ermey Jr and Amy Saunders (Joseph Saunders); his grandchildren: Destinie, Devin, Jordin and Joey. He is also survived by his siblings: Elias Johnson (LaDonna), Betty Mowers (Warren), Madeline Bauer (Jerry) and Beth van Heuven (Dutch), as well as many nieces, nephews and extended family. His children will be holding a private memorial at a later date and appreciate all of the kindness they have received.

Rest easy Dad, we love you!

To send flowers to the family or plant a tree in memory of David Johnson, please visit Tribute Store
Print
Share A Memory
Send Flowers