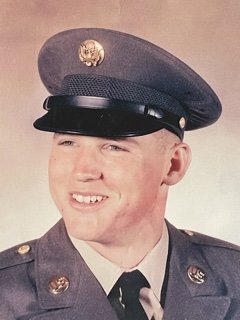 At his request, no service was held.

Dave was born May 11, 1951 in Michigan and grew up in California, before residing in Washington State.

He honorably served his country in Vietnam after joining the Army in 1967 as a Demolition Specialist.

He was a talented, “Jack of All Trades,” which included working in such industries as radio in Alaska and construction, ending his long career in the roofing business.

Dave was a charitable man who contributed to many veteran and animal focused causes. He was an amazing cook/baker, storyteller, fisherman, pool player and genuine caring human being underneath the hard exterior.

Dave is survived by his brother, Ray Welch; daughter, Stephanie Rose and his grandchildren Dallas and Jordan James; nephew, Ryan Welch; niece Candice Wright; and his long-time love Samantha Smith. He is loved by many friends and extended family.

He is preceded in death by his father and mother, Walter and Dorothy Welch.