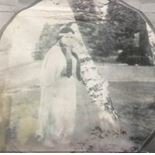 Rosa Angela Lancaster/Armstrong, daughter of Wallace and Jesse Lancaster, passed away in Auburn Washington on March 6th 2021 at the age of 61.

Rosa was born in Toppinish Washington on July 14th 1959 to biological mother Agnis Sam/Eyle and was adopted by Wallace and Jesse Lancaster in the early 1960s. She grew up in  East Wenatchee, Washington, attended Eastmont High School, married Melvin Armstrong in 1978. Rosa and Melvin had 3 children, 2 girls, 1 boy. Melvin and Rosa later divorced in 2000.

Rosa always had a giving spirit and loved to collect things that she would give out to her family and close friends. Her interests were making jewlery, native artifacts, learning more about her heritage, and rock collecting. She was an advid reader, enjoyed coloring, writing and music.

Memorial service with be held at

30 people will be able to attend at a time for 1 hour, then the next 30 the last hour

Please check Edwards Memorial website if zoom isn't  availabale to you as we are trying to also have it televised through their website at edwardsmemorial.com.

To send flowers to the family or plant a tree in memory of Rosa Armstrong, please visit Tribute Store
Print
Share A Memory
Send Flowers