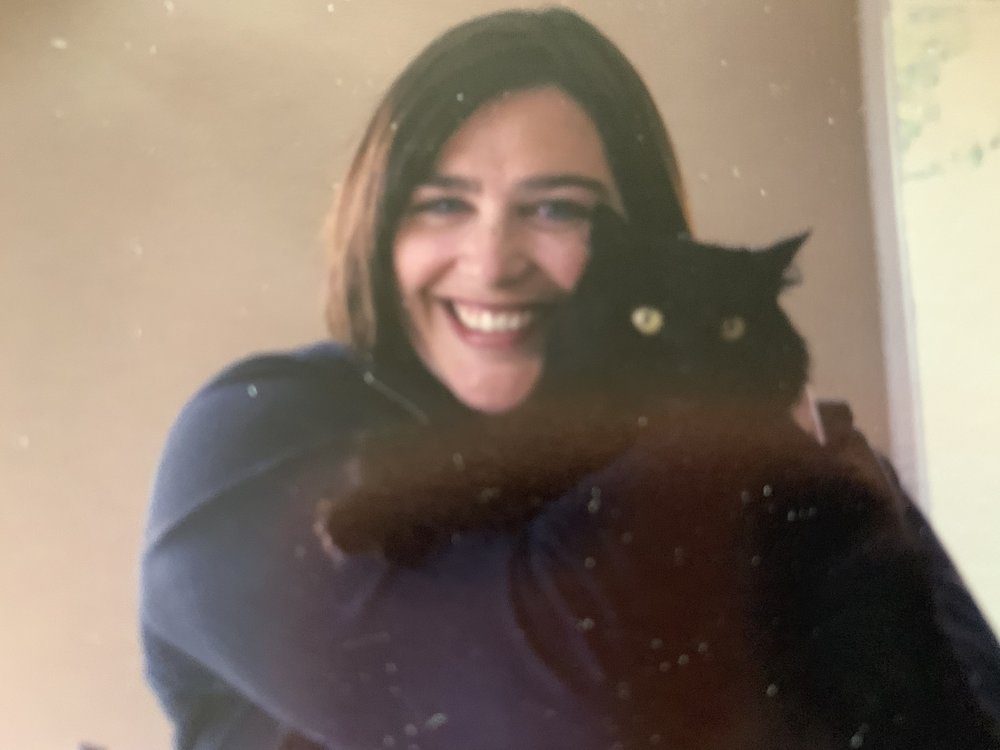 Kerrie Lynn Kennedy passed away peacefully at home on March 5th, 2021, after a thirty-four-month battle with cancer. Born on February 13th, 1971, Kerrie was fifty years young.

As the youngest of six children, Kerrie had to be tough in order to keep up. She had to be chatty and extroverted to be heard above the boisterous din of five older siblings. She grew up in Tacoma, WA, attended Bellarmine Preparatory School, then graduated from Marquette University with a degree in Advertising. While at Marquette, she joined Alpha Xi Delta sorority, gaining a second set of sisters to cherish and bond with. Upon graduation, Kerrie returned to the Puget Sound area, first to Seattle and later Tacoma. Most recently, Kerrie worked as Marketing Director for Senior Services of America.

An avid cat lover, Kerrie was ‘mom’ to two beautiful cats, Lexi and Bella, whom she doted on, and both of whom preceded her in death. She was very interested in her Irish heritage and while in her thirties took a three-week solo trip to Ireland, traveling the country, investigating family heritage and befriending all she met, including distant cousins. Thus, she cemented a lifelong love of all things Irish.

Other things Kerrie loved were jewelry, music, the Seahawks, Thai food, cupcakes, coffee, jewelry, Star Wars, puzzles, kayaking, jewelry and Rummy 500. She was always the ‘cool aunt’ due to her large, eclectic music collection and her willingness (back in the day) to burn a CD of avant-garde music for any niece or nephew. During hospital stays, sometimes less than twenty-four hours after brain surgery, Kerrie played a mean game of cards. She mostly won, even with a ‘new hole’ in her head, as she would proudly emphasize to the newly defeated.

Anyone who met Kerrie was immediately drawn to her—her infectious smile, the sparkle in her clear blue eyes, the authentic curiosity she felt for everyone she met. She attracted and was attracted to people, and that showed in the wide network of friends who supported her as she fought her long battle with cancer, a challenge that included months of chemotherapy, countless surgeries and radiation therapies. She endured it all with humor and grace. The indomitable spirit she developed as the youngest in a family of eight people served her well. Kerrie never gave up, and always maintained that glint in her eyes that drew people to her.

Kerrie is survived by her parents, Nancy and Dr. John A. Kennedy, her siblings, Kathleen (Jim) Thilenius, Kim (John) Casey, Karen (Rip) Curtis, John (Kelly) Kennedy, and Carolyn (Bob) Rhoads. She is also survived by many aunts and uncles and fourteen much-loved nieces and nephews.

Kerrie’s entire family thanks her supporters and friends who walked alongside Kerrie during her long journey. We especially thank Senior Services of America, who were so kind and generous to her as she struggled to keep working amidst her advancing disease. We also thank her doctors and nurses—the team at UW/SCCA, led by Dr. William Harris and Dr. Raymond Yeung, and the team at St. Joseph Hospital, led by Dr. Frank Senecal and Dr. Marc Goldman, as well as Dr. Michael McDonough and Dr. Herbert Wang. To all the doctors, nurses and support staff, we owe you a debt of gratitude for keeping our beloved Kerrie alive so much longer than her original prognosis.

At Kerrie’s request, the funeral service will be small and private. In lieu of flowers, please consider donating to one of Kerrie’s favorite charities—the Humane Society, K9s for Warriors and Seattle Cancer Care Alliance. Kerrie will be dearly missed.