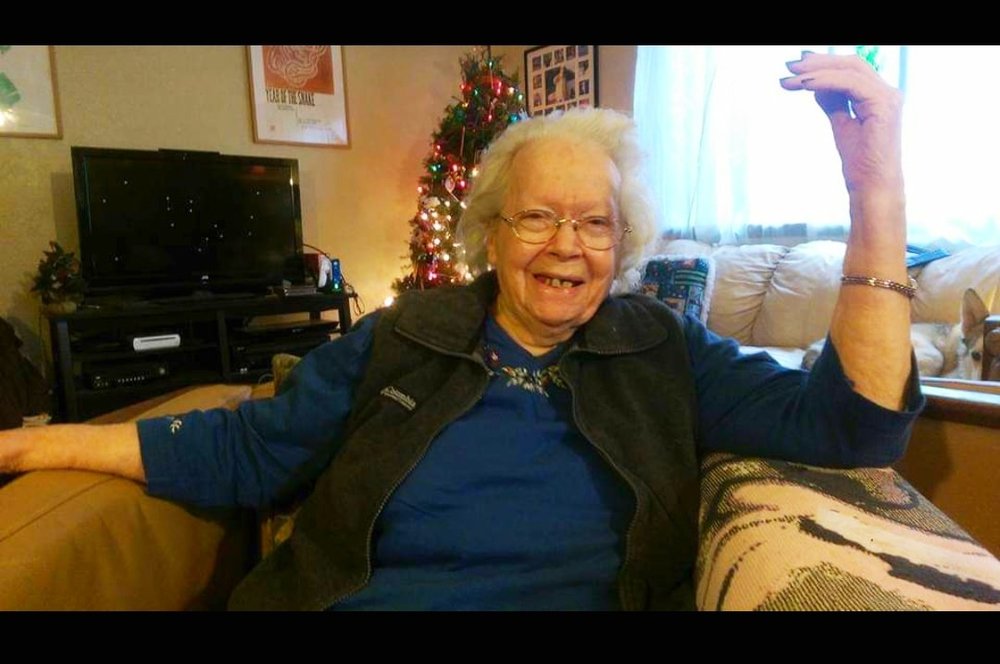 Theresa grew up in Charleston, SC, the oldest of five surviving siblings, where her father owned a meat market downtown. She was graduated from Memminger Normal School in 1940 and married her soldier EJ Graham, Jr. in an open air service on Miami Beach in 1943. Together, they grew a family in Charleston, and they were founding members of Ashley River Baptist Church, where she was enrolled until her passing. Through the years, Theresa worked at Hugeley’s supply store and as a switchboard operator for the Army and the local phone company.

Throughout her life, nothing was more important to Theresa than her family and her faith. Theresa loved spending time with her grandchildren, her nieces and nephews, spending weeks at a time hosting them or going on camping trips. She kept chickens and dogs, loved to sew, to arrange flowers, to paint pottery and to arrange porcelain villages. Her sweet tooth was legend. After being a stay-at-home caretaker for her disabled husband, Theresa spent some time at home before moving to Washington state, where one of her grandchildren lives. She spent the final years of her life having a lot of fun at Tacoma Lutheran Retirement Center, being, as she put it, “on a cruise.”

Due to Covid restrictions, no services are currently planned. She will be inurned at Beaufort National Cemetery.

To send flowers to the family or plant a tree in memory of Theresa Graham, please visit Tribute Store

Share Your Memory of
Theresa
Upload Your Memory View All Memories
Be the first to upload a memory!
Share A Memory
Send Flowers