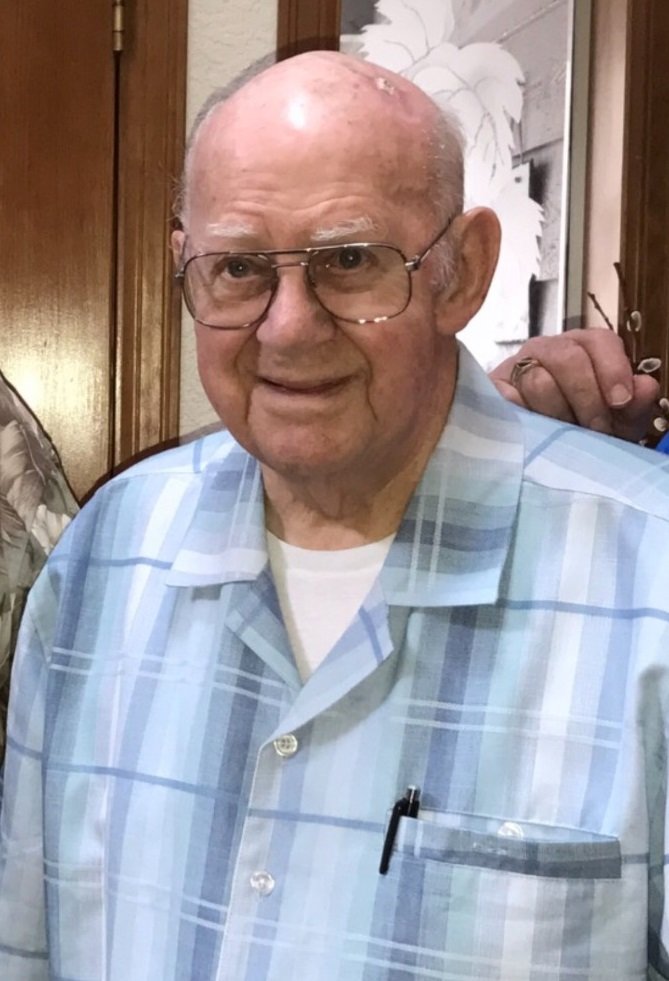 David (Dave) Wheeler was born in Springville Utah to Joseph (Pops) Wheeler and Melba Baldwin.  Dave, his brother Al and his dad moved to Tacoma in 1924 and Pops worked for Buffelin Furniture on the Tacoma tide flats.  After Pops married Jess the boys gained a sister, Novella.  Dave attended Franklin grade school, Jason Lee and Stewart Jr High schools and Lincoln High, all in Tacoma.  After graduation in 1940, he married his sweetheart Edith Wiona Waller on October 3rd, 1941.  He began working for the war effort as a Maritime Electrician before enlisting in the Army Air Corps in 1944.

Dave and Edith traveled to several training bases together before she returned home to have their first child Jerry in August of 1945.  Dave mustered out at Fort Lewis in May of 1946 as a Chief in Communication and Decoding.  After service he went to work with Pops in the Wheeler and Son Upholstery Shop.  William (Bill) was born in 1949, Sharon in 1953, and Richard (Rick) in 1956.  Sadly, Sharon passed away of pneumonia when she was only 2 years old.  For the rest of their lives Dave and Edith found it almost impossible to talk about her, the pain was so great.  After Pops died in 1973, Dave finished up their projects and in 1974 went to work for Tacoma Public Schools as the Shade and Drapes Maintenance man for all district schools.  After his retirement in 1986, Dave and Edith traveled with their friends, the Windy Weather Travelers, to an assortment of places.  When not traveling, Dave was playing golf as often as possible.  Edith’s health began to deteriorate in the mid 90’s, and after struggling and beating several ailments she passed away on November 19, 2008.

Dave was one of a few fortunate men to have found the love of two women.  Dave and Doris Sherrill were married in 2011 and spent their years together in love and happiness until Doris passed in 2019.  While his mind remained sharp until the end, Dave began to fail physically, and he passed away at the Tacoma Lutheran Home nearly making his 99th birthday.

Dave was a gregarious person, quick with a smiling “Good Morning” while calling everyone by name.  He always had a joke at hand and was known to have marathon sessions where each joke told by a friend reminded Dave of another. Having experience in several trades, he was dubbed “Mr. Wonderful” by the Sherrill family, for his ability to fix anything with whatever tools available.

Dave’s wit and wisdom will be missed by his sons Jerry (Joann), Bill (Thalia) and Rick (Teresa), 10 grandchildren, 9 great grandchildren, the extended Sherrill family and special care provider Erik Stevens.  At his request, there will be no public service.

To send flowers to the family or plant a tree in memory of David Wheeler, please visit Tribute Store
Print
Share A Memory
Send Flowers