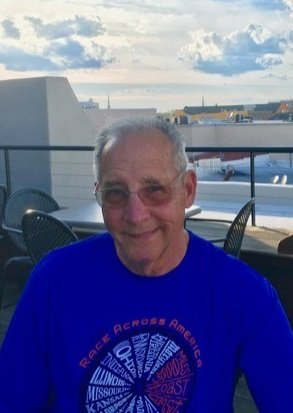 Larry was born on Aug. 31, 1947 in Sioux Falls, South Dakota. He spent his earliest years there before the family moved to Spokane, WA. He loved the "big sky" country of Eastern Washington and often dreamt of returning there. He graduated from Central Valley High School, where he was somewhat of a local football star and class president. His twin sister Sherry and he were voted Homecoming King and Queen. Sherry and husband Jerry still reside in Spokane. Larry kept up friendships with three pals in particular, Tim Jones, Mark Pinch and Dirk Van Hees. His parents, Harold and June, could always be found at any of Larry and Sherry's school events. He attended the University of Washington but graduated from Eastern in Cheney. He followed in his Dad's footsteps and became a  salesman for 3M company, and eventually became a sales manager for Wesco Auto Body Supply. While living and working in Modesto, CA, he met his future wife Marty in the Modesto Ski Club. They married as soon as he heard he was being transferred to Washington. They relocated to Gig Harbor and immediately fell in love with their new surroundings. Their two children, Mike and Shelby now reside and work in California, where all three Marty's sisters live. He liked to travel and went with Shelby to Sweden and New England, and took Mike on a ski vacation and to the Philippines on a Rotary trip.

Meanwhile, Larry was enjoying his hobbies of skiing, motorcycling, fishing, hunting, running and playing poker, with friend Jack Christofferson. He and Marty bought a little Casita travel trailer and did lots of camping, especially with their good friends and ex-neighbors Lee and Sue Kloeppel. He really blossomed once he retired, and joined Rotary, which included three trips to the Philippines (one including Marty) and had wonderful interactions with the people there. He also formed firm friendships with his dear Rotarian family, especially Mike Pinch and Bob Martin.

Larry was a caring gentle soul, who was always willing to help out. He saw problems that needed fixing and fixed them, if possible. He loved working in the yard and was the neighborhood Park Board President for its duration. He loved his wife, kids, extended family and friends and was always there for them. He will be (and already is) terribly missed. He was 73.

To plant a tree in memory of Larry Olson, please visit Tribute Store
Plant a Tree
Print
Share A Memory
Plant a Tree